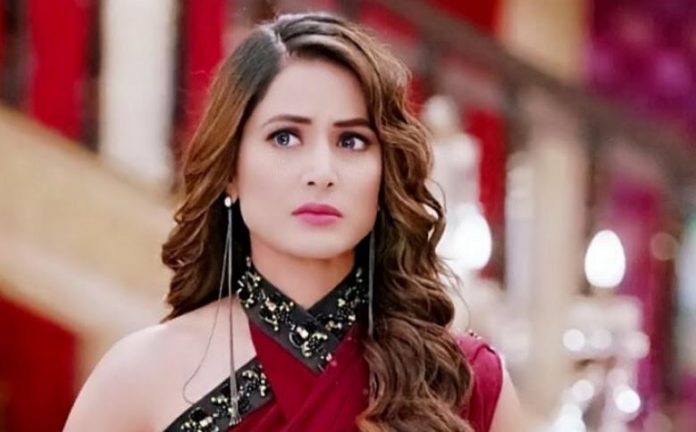 Kasautii Zindagii Kay Moloy gets conscious in the hospital and asks the doctor to call his family. Doctor checks up Moloy and diagnoses that the body is not responding. He wants to inform Anurag about Moloy. Komolika tries to romance Anurag. Anurag doesn’t let her come close. He makes her away once again, which infuriates her. Komolika tells Anurag that he has always gone away from him because of Prerma’s presence in the house. She doesn’t want Anurag to love Prerna. She wishes that Anurag just loves her. She makes a plan to kill Prerna and get rid of her. She feels Prerna has to suffer like Moloy, and she will do the same thing by plotting her accident. Komolika makes an evil plan.

Vikrant comes to Basu house and meets Prerna. They share a laugh. Anurag gets jealous seeing them and thinks Prerna isn’t happy on meeting him. He goes to break their moment. Anurag tells Prerna that she will never succeed. Prerna plans a magazine launch. Anurag and Prerna get into a tiff again. Vikrant is planning revenge on Komolika and Anurag. Anurag lies to them about his new magazine launch, which will give a tough competition to them. Prerna is sure that Anurag is lying to discourage them and break their new launch success.

She tells Vikrant that Anurag won’t be harming their business. Vikrant tells her that Anurag will try to bring in hurdles for them. Anurag knows Prerna won’t change her decision and postpones the magazine launch for Prerna’s happiness. He doesn’t want his magazine in come in Prerna’s first step towards success. He wants to lose to Prerna. He tells Anupam that Prerna is very stubborn and will end up hurting herself in anger, which he doesn’t want. He doesn’t want Prerna to suffer in any way. He is ready to lose for the sake of Prerna’s love. Prerna and Komolika find Mohini restless for Moloy.

Mohini wants to go and meet Moloy at the hospital. Nivedita consoles her. Prerna and Komolika make Mohini have food. They get arguing over their prepared dishes. Doctor informs Mohini that Moloy has broken out of coma. She gets overjoyed that he got conscious. Komolika gets worried that Moloy will be revealing her truth to Basu family. Prerna and Komolika rush to meet Moloy. Doctor doesn’t let them meet Moloy, because of Anurag’s orders.