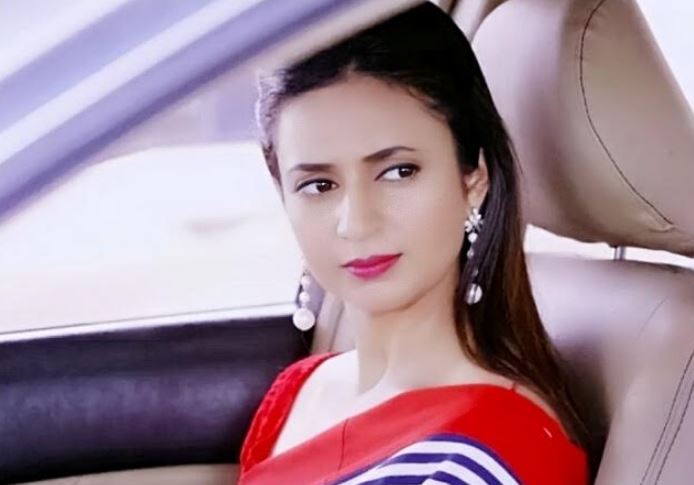 Yeh Hai Mohabbatein Shockin revelation Bala suspects Ishita is not their family member, but a fraud Shaina Shah. Ishita threatens Bala and Kiran. She asks them not to tell anything to anyone. She tells Bala that Kiran already knows her evil capabilities. She asks Bala not to reveal anything, else his family will fall in danger. Bala wants to tell the truth to Raman. She tells Raman that Ishita has threatened him, she isn’t their Ishita, but Shaina. He tells Raman that he had spoken to a shopkeeper to get the CCTV footage, so that he could expose her with Sahil. He tells Raman that Ishita has threatened the shopkeeper as well, and now the man is refusing to give them the footage.

He tells Raman that they have to find their Ishita, and know why is Shaina living with them. He says maybe she is Ishita, but they still have to know why is she doing this with them. Simmi also tells Mihika that Ishita isn’t their Ishita, but someone else. She feels scared of Shaina. She is confused that Ishita has threatened her. She tells Mihika that Ishita will kill them if they tell the truth to family. Mihika receives a big shock. Mihika doesn’t agree and believe this shocking truth. She wants to speak the truth without having any fears. She can’t believe that Ishita will harm them. Ruhi meets Rohan to return the bracelet gifted to Aaliya.

She reprimands Rohan and Karan for their cheap act. Rohan gets upset. Ruhi tells Karan that she will never trust him again. She is angered on herself for finding a good hearted guy in him again. She ends all the friendly terms with Karan again. She tells Karan that they will never have any friendship now. Karan tries hard to explain her that he wasn’t involved in Rohan’s plans. She doesn’t listen to his clarification. Karan gets angry on Rohan for making Ruhi away from him.

He tells Rohan that Rohan has lost Aaliya forever, and now he has lost his brother as well. He tells Rohan that he hates him a lot now, since he doesn’t want to support his evil minded brother. Rohan asks Karan why is he reacting like he was in real love with Ruhi. Karan fails to explain him anything. Karan tells Rohan that maybe Rohan can never understand the meaning of love, where someone can never hurt the lover. Raman and Bala think what to do to find out their real Ishita and the imposter’s cheat. Raman, Bala and Simmi meet and share a plan to reveal the truth to the family.

They share their doubts that Ishita is either kidnapped and replaced by Shaina, or maybe Ishita is helpless to play Shaina’s rude act in front of them. They tell Bhallas and Iyers about Shaina Shah, who is living with them as Ishita. Mrs. Iyer refuses to believe this and tells them that she won’t hear a word against Ishita. She wants to know where is Ishita. She feels Ishita can always do the best for the family, she can never harm anyone. Mrs. Iyer reminds Raman the favors of Ishita on Bhalla family.

She asks Raman how can he change so much in a moment and make Ishita estranged. She scolds Raman for defaming Ishita. Mrs. Iyer witnesses Ishita with Sahil Shah. She gets to see Shaina’s truth and worries. She realizes that Raman was saying the truth. She rushes to Bhalla house to tell Raman what she has seen. She asks Raman to find their Ishita. Ishita reaches home and gets confronted by the family. She gets threatening them and asks them not to dare go against them.