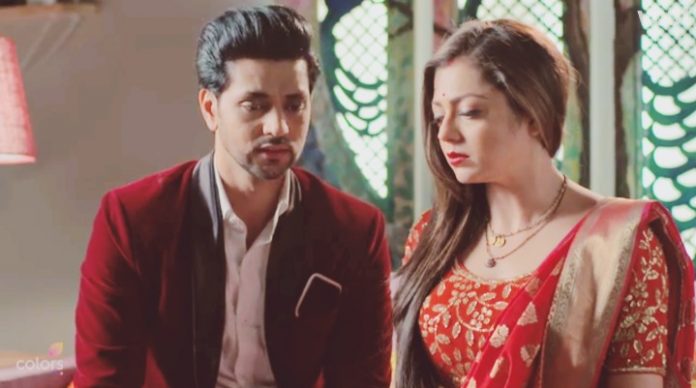 Silsila Kunal Nandini relationship. Mishti gets attacked by the goons. She doesn’t deter and tries hard to save her life. She throws some sand in the goons’ eyes and runs away. She falls inside the deep pit. She thinks its better if she hides inside the pit. She finds a chance to cover herself with the dry leaves. She misleads the goons, who run away from there to look for her. Pari is restless and worried for Mishti. She feels she should have gone to Lonavla. She feels guilty for sending Mishti to Lonavla because of the client. She prays that Mishti stays unharmed since her marriage is very close. She apologizes to Radhika and Veer.

Radhika consoles Pari that she isn’t at fault. Everyone wishes Mishti to come back home safely. Mishti senses the goons have left. She comes out of the pit and hears Ruhaan shouting her name. She ges relieved and happy on seeing Ruhaan. She runs to Ruhaan and hugs him. He finds her back injured. He tells her that he won’t spare the goons. She gets happy that he found her and she found him. Goon reaches them to threaten. Mishti stops Ruhaan from fighting the goons. She chooses to run away and save their lives. Ruhaan and Mishti fall down and roll up. They have a moment of romance. He confesses his feelings.

He tells her that he would have died if anything happened to her. She hugs him, understanding his feelings. Veer reaches there with police. He watches them and worries seeing their proximity. He rushes to hug Mishti and pacify her. He finds Mishti injured and cares for her. He expresses his happiness on finding her fine. Ruhaan gets away from them. He thinks of Mishti and his moment. Mishti wants to know if she is in love with Rihaan. She thinks she isn’t happy to be with Veer, like she feels happiness and peace in Ruhaan’s company. She realizes that she has no feelings for Veer. She denies her feelings for Ruhaan a lot and then gives up. She concludes what her heart is trying to say.

She knows that she has felt love while she hugged Ruhaan, unlike Veer. She is troubled by Ruhaan’s thoughts. She realizes she is madly in love with Ruhaan. She doesn’t want to cheat Veer by marrying him. She decides to tell the truth to Veer and break the marriage commitment. Mishti and Ruhaan resembles a relation like Kunal and Nandini, who came closer by their concern and unrealized feelings for each other. Mishti too wants to limit her heart and not follow her father’s footsteps to cheat her life partner. She gets helpless by her heart, which longs only for Ruhaan.