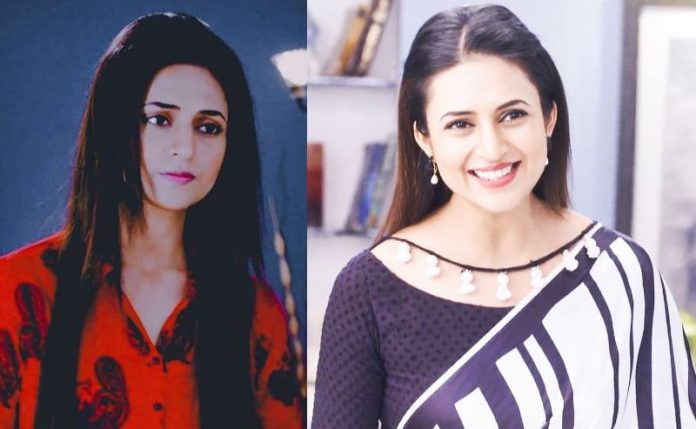 Yeh Hai Mohabbatein Ishita REAL identity. Mrs. Iyer spots Ishita with Sahil Shah, the famous don. She sees Ishita having non vegetarian food with Sahil and his aides. She can’t believe that Ishita is consuming chicken dish. She wonders if everyone was saying the truth about Ishita, that she isn’t Ishita, but Sahil’s wife Shaina. She thinks if Raman was saying the truth until now. She didn’t believe anyone. Bala, Mr. Bhalla, Kiran and Simmi have already seen the truth of Shaina Shah. She didn’t believe their words and doubted on their intentions. She regrets that she has blamed Raman for not loving Ishita any more and finding reasons to defame Ishita.

Mrs. Iyer returns home when Raman gets worried for her and gets finding her. He finds her unconscious and gets her home. She tells everyone that she had fainted when she saw Ishita eating non vegetarian food along with Sahil Shah. She tells that Ishita is not their Ishita, and maybe their Ishita is really in danger. Raman knows that she is Ishita, not Shaina, but she maybe helpless to carry out this evil misdeeds for a purpose. He makes a plan to find Ishita’s truth.

His heart tells him that his Ishita needs him and maybe she wants him on her side. He wants to confront her about her misdeeds. He asks her if she is Shaina, where is his Ishita. Raman and Ruhi, along with the entire family confront Ishita for behaving so weird to the extent that they have lost the belief that she is Ishita Bhalla. Raman doesn’t share his plan with anyone. He gets blaming Ishita in anger. Ruhi too questions Ishita and asks her where is her mother. Ishita loses her cool and asks Ruhi to back off, else she will shoot them. She points the gun at entire Bhalla family, who irritate her with their never ending questions and suspicion. Raman comes in front to protect his family.

He asks Ishita to shoot him if she can. He knows that Ishita can never shoot him down. He tests Ishita’s love for him to know what’s the truth. Ishita doesn’t shoot him. Raman’s doubt gets clear. He knows that she is his wife Ishita, who can never think of taking a life. The family worries that Ishita can really shoot him and ask Raman to step back. They protect Raman while Ishita keeps on threatening them. Raman wants to know why is Ishita doing this, why is she helpless. On the other hand, Karan is upset with Rohan and doesn’t want to talk to him.

Rohan apologizes to Karan. He tries to cheer up Karan. Karan doesn’t forgive him and leaves from the house. Raman lets the CCTV camera setup work so that Sahil learns that they have ousted Ishita from the house. He wants Sahil to take Ishita away. Raman kicks out Ishita as per his plans. He wants to know if Ishita will go with Sahil and why. He wants to know their hideout. Raman proves that he has exposed Ishita in front of the family and now he doesn’t need her. He asks Yug to keep an eye on Ishita. Sahil comes to Bhalla house to pick Ishita. Ishita tries hard to stay back in the family, but everyone asks her to just get out. Yug keeps a watch on Sahil and Ishita.

Raman tells Yug that they have to spy on Ishita. He is sure that she is hiding something from them, there has to be a reason behind Ishita’s strange behavior. Raman tells the family that Ishita is behaving such by hiding something big, else she would have never done this. He has faith in Ishita. He tells them that they have to know Sahil’s plans, maybe Ishita is safeguarding them from Sahil’s threat. Raman makes a big plan against Sahil to find out why is Ishita so helpless. Raman seeks help from the police. He files Ishita’s kidnapping case on Sahil. He has made this big plan to help out Ishita in her motives.