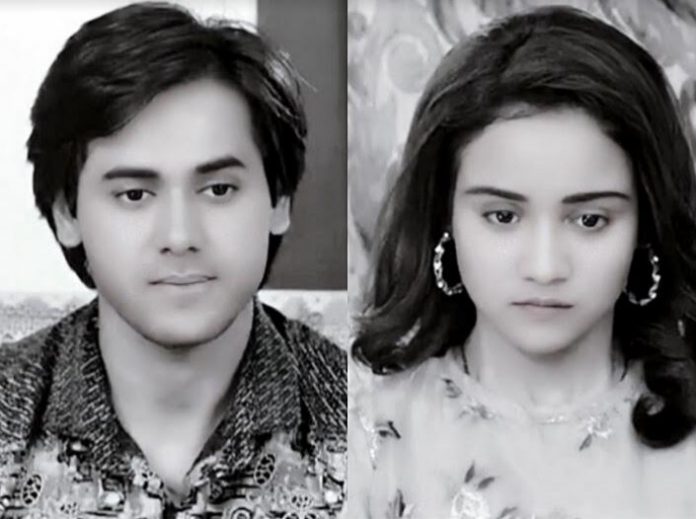 Yeh Unn Dinon Shakti Roop Ek Thi Rani Ek Tha Ravan: Rani comes to know about Dadi from Tashi, who dislikes Rivaaj. Rani messages Dadi from Tashi’s phone that Raghav is much unwell and asking her to come. Rukmani tells Rani that Rivaaj will drop her home. Rivaaj calls Rani and threatens her saying if she comes even a minute late then he will not take time to take Shivraj’s signatures on the papers after which Raghav will be sent to a mental hospital. She cries and asks Durga Maa to give her strength. Rukmani comes to the farmhouse and dances. Rivaaj gets happy to dance with her thinking her to be Rani.

They drink wine. Rivaaj gets romantic. Later, when he finds that the girl is Rukmani and not Rani, he gets angry and vents out his anger on her. Rukmani gets hurt. Rani buys wheelchair and plans to take Raghav out before Rivaaj returns home. She comes to Raghav’s room secretly and hugs him. She promises not to let anything happen to him. Rivaaj fumes in anger and thinks to take revenge from Rani from tricking him and sending Rukmani to farmhouse instead of her. While Rani is taking Raghav out, Premlatha comes calling Servant asking him to bring water. Rani gets worried and hides Raghav.

Sameer and Naina’s boutique doesn’t make any profits. He doesn’t want to incur losses. He shoots an ad to publicize the boutique. He realizes that he can have a career in acting field as well. He gets praised for his acting in the ad. Everyone is proud of multi-talented Sameer. Sameer wants to try his hand at acting and seeks Naina’s support.

Jhansi Ki Rani: Ross plans to attack Jhansi and gift it to Governor General. Manu fights with the bundels with her widows’ team and says Jhansi is ours. The fight with the bundels continue. Gangadhar sees Manu’s warrior side and gets impressed. Saku Bai asks Soldiers to kill Gangadhar. Janki and Laccho Bai ring the bell for help, but Ross tells that they will attack Jhansi after Bundels kills them and get Jhansi in their control. He betrays Gangadhar and Janki for his selfish motive. Manu and the widows’ team succeed to defeat Bundels failing Saku bai’s plan.

Shakti: Soumya decides to leave school. Sindhu says you can’t give up like this. Soumya says if these kids’ future is ruining because of me then I can’t forgive myself. She says I am kinnar, but if someone else gets my punishment then I can’t bear this burden. She says I will never return to this school again. The kids hear her and get emotional. A girl comes to Soumya and hugs her, saying she will not go anywhere. Other kids also come to Soumya and hug her, saying she will not go anywhere. Kids threaten the school authorities and their parents that they will not study in school if Soumya leaves. The Principal and the parents are forced to let Soumya study in the school seeing Kids’ love and support for Soumya, without worrying about her identity.

Roop: Ishika regrets to give divorce papers to Roop and thinks all her happiness is dull without him. Kanchan asks her to go and bring back the papers. Roop tells that he is ready to marry Seva. Ishika is happy and comes to Shamsher’s house. Bua does their Tilak rasam and makes them have sweets. Just then Ishika comes there and gets teary eyes seeing Roop’s engagement with Seva. Shamsher has planned to trap Roop to marry Seva and keeping Ishika away from Roop.

Main Bhi Ardhangini: Vaidehi couldn’t bear the people’s taunts and decides to leave the house. Nilambari thinks the illiterate girl will never return. Madhav calls Vaidehi and asks her to stop. He tells Nilambari as she wishes to see him married, he will marry Vaidehi and hold her hand. He says he will fill Vaidehi’s maang with sindoor and will make her his wife. He asks Vaidehi if she will marry him. Vaidehi is shocked by his sudden decision, knowing he doesn’t want to marry her willingly. She tells Madhav that he doesn’t have to marry her due to societal taunts and that she will leave. Madhav is adamant on his decision to marry her. Chitra is happy for them. Nilambari’s plan fails terribly.