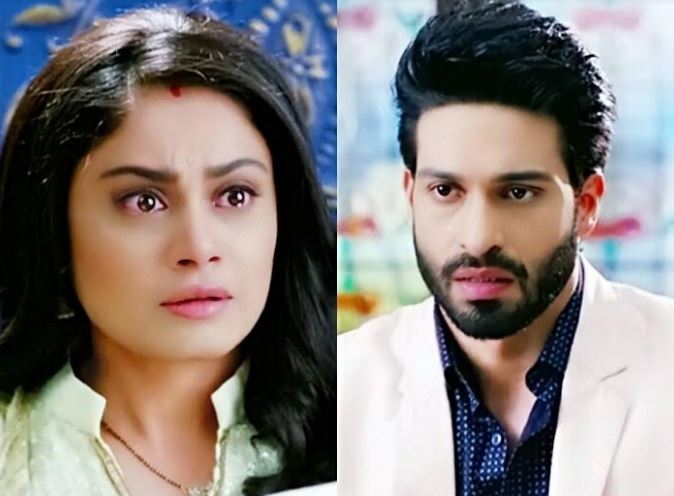 Colors High Points Udaan Sitara: Sitara has survived just because of Haryali, who saved her life for a condition. Haryali has joined hands with Vrinda. She is in love with Viraj and wants to marry him. She frames Sitara in the blames. Viraj can’t believe that Sitara is a fraud. Haryali was troubled by Viraj and Sitara 400 years ago in her past birth. She was trapped inside a tree. She now wants revenge from Viraj and Sitara. Haryali snatches all the super powers from Sitara. She tells Viraj that Sitara had married him just for the sake of money. She tells him that she has evidence to prove the same. She shows him the documents which clearly states that Sitara has fooled Viraj for money.

Sitara gets ready to meet Viraj. He gets mistaken by falling in Haryali’s love. He gets misled by Haryali and loses belief in Sitara’s words. Haryali and Vishkanyas conspire to break Sitara and Viraj’s love bonding. Haryali proposes Viraj for marriage, to which he agrees. Sitara loses all her powers. She finds a snake close to bite a little a boy. She tries to stop the snake with her powers, but fails. She wonders how did she lose her powers. The snake bites her. Sitara fails to handle herself and faints down after the snake biting her. She isn’t a Vishkanya anymore. She has become a normal human being now. She is shocked by her changed personality.

Udaan:
Chakor had been losing her memories. Raghav wants her to recover her memories. Poonam compels Raghav to marry Chakor and take her away from their lives. Chakor regains her memory during the marriage rituals. She recalls her relation with Suraj and also Raghav’s love. She tells Raghav that she remembers him, she didn’t wish to marry him because of Anjor. He gets happy knowing she has recalled her past. He tells her that he didn’t wish to hurt her or marry her without her consent, but he was helpless to save her life and obey Poonam’s orders.

Raghav loses Chakor’s faith. He apologizes to her. He tells her that he still loves her and was doing this drama to save her life from Poonam. Chakor gets the clarification from him. Poonam keeps an eye on them. Chakor feels he has taken advantage of her memory loss. She scolds him for falling so low. She misunderstands him. He tells her that Poonam will kill her if she doesn’t get away from Anjor.