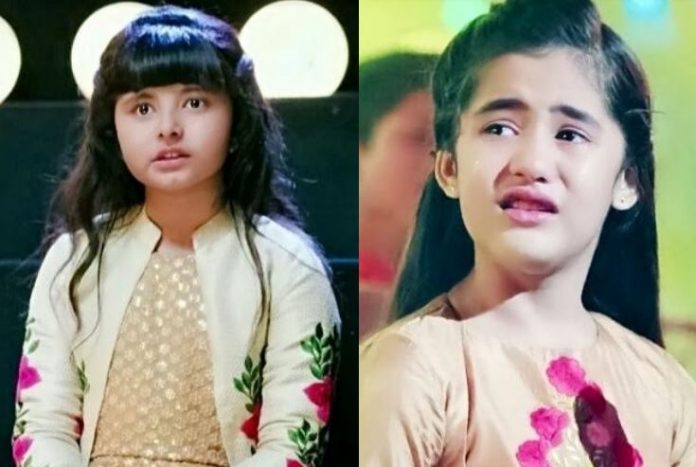 Kulfi Kasautii Zindagii Sitara Udaan: Poonam plans to kill Raghav and Chakor, when they don’t marry in the temple. Poonam gets insecure that Chakor will claim Anjor again. Raghav doesn’t cheat Chakor and tells her the entire truth when she regains her memory. Raghav and Chakor get trapped by Poonam. She faints them and locks them in the car to burn them alive. Raghav gets conscious and finds themselves in big danger. He tries to wake up Chakor.

Poonam crosses her limits and tries to kill Chakor because her hatred. Raghav struggles to free Chakor and himself. He breaks the glass and manages to come out of the car. Raghav saves Chakor’s life. On the other hand, Sameer is helpless to marry someone else. He imagines Anjor in his Sangeet celebrations. Anjor and Sameer will be seen romancing in his dream sequence.

Tujhse Hai Raabta:
Kalyani learns that Malhar’s car brakes have failed. She rushes to alert him about the car brakes. She runs after his car to tell him about the failed brakes. She finds a cycle parked at the road side. She steals the cycle and rides in high speed to reach Malhar. She loses control on the cycle brakes and bumps into Malhar’s car. Kalyani and Malhar express love for each other in their own way. He tries to balance her fall. They have a romantic moment. Kalyani and Malhar’s distance gradually gets less.

Kulfi Kumar Baajewala: Amyra reaches the hospital again. Doctor tells Sikandar that Amyra is very much critical and she needs an immediate bone marrow transplant. Sikandar and Lovely are shocked when they fail to find the matching donor. Sikandar isn’t Amyra’s father and wishes that he could get Tevar back for Amyra’s sake. Lovely too wishes that she got some help in an unexpected way. This wish gets fulfilled when Kulfi agrees to help Amyra. Kulfi bears the pain and donates her bone marrow to Amyra.

Lovely ends her hatred for Kulfi. She gets depressed and guilty over her mistakes. She apologizes to Kulfi for her cruel mistakes of the past. Lovely gets the shocking news that Sikandar has met with an accident. She tells Mohendar that Sikandar’s accident truth is known to Kulfi, but Amyra shouldn’t know this, else Amyra won’t be able to bear it. Lovely, Kulfi and Amyra get in to tension for Sikandar.

Kasautii Zindagii Kay: Basu family gets Moloy home, while Komolika gets a free hand to threaten Moloy to seal her truth. Komolika gets exposed by Moloy. Anurag and Mohini learn about Komolika’s evil truth. Anurag drags Komolika out of his family. Mohini slaps Komolika and asks her how dare she try to kill Moloy. Komolika gets thrown out of the family. Prerna succeeds to get rid of Komolika. Komolika threatens Basu that she will take revenge on them.

Viraj drags Sitara out of the house when he learns that Sitara is a Vishkanya. He is compelled by Haryali that he has to leave Sitara if he wants to save her life. He is in much tension because of Haryali’s condition. Sitara begs Viraj not to oust her. Maasa helps Sitara in the last moment and tells Viraj that she already knows Sitara’s truth. She stops Viraj from taking the extreme step. She tells Viraj that Sitara has proved herself as the protector of the family. She hugs Sitara and supports her. Viraj gets frustrated because of Haryali and fails to tell the truth to Sitara.

Aapke Aa Jane Se:
Vedika reaches her home for Pagphere. Avantika reacts on seeing her. She doesn’t want the family to honor Vedika. She crosses limits and insults her sister in jealousy. She acts great in front of the family. Vedika calls it enough and slaps Avantika. She reveals Avantika’s truth to the family. She tells them that Avantika didn’t went to help any friend, she went to meet her boyfriend so that they can together plan their escape after stealing the bridal jewellery and cash from Sahil’s house. She says Avantika was going to cheat everyone by running away on the marriage day, she was going to ruin Sahil’s life, even if the marriage had happened, it would have not been successful. Avantika throws Vedika out of the house. Sahil comes to Vedika’s rescue.

Avantika tells Vedika that it is her wish to keep the marriage or cheat her husband, she will decide if she will run away with her boyfriend, she will always lead her life. Prabha is upset seeing Avantika’s hatred and madness. Sahil warns Avantika against hurting Vedika. He protects Vedika and takes her with him.