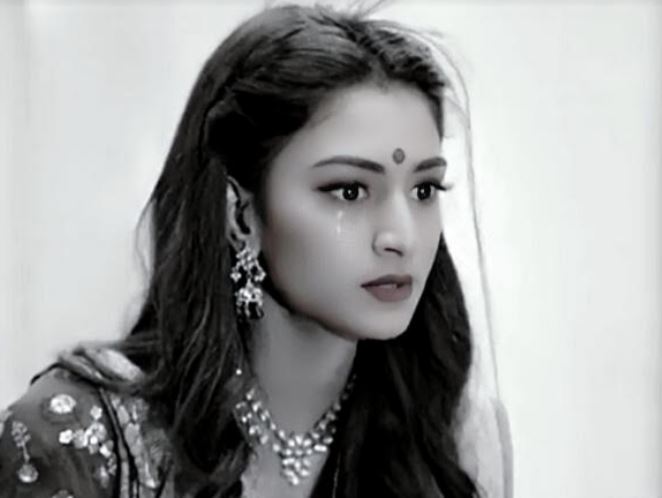 Star Plus Upcoming Today Krishna Chali London. Krishna meets Radhe at Shukla house. She is doubtful that he isn’t Radhe. She is helpless to believe that he is Radhe, for the sake of everyone’s happiness. When Krishna doesn’t want to stay back, Radhe jumps over her car and stops her. He reminds her of Radhe and shocks her. Shukla is angry and tells her that Radhe doesn’t remember anyone except Krishna. Shuklain asks Shukla not to taunt Radhe, she is happy that he has come back. Shukla gets angry on Radhe. He then gets surprised when Radhe asks them about the globe. Shuklain and Gajanan are happy that Radhe is getting his memory back. They ask Shukla to accept Radhe now. Krishna finds it difficult to believe this. Radhe confuses her by his gestures.

She wants to prove fake Radhe’s truth. Sunaina compels Krishna to get Veer released from the jail since Radhe is alive. She scolds Krishna that Veer lost his precious five years because of her. She warns Krishna of dragging her to the court. Krishna gets troubled by Sunaina again. Krishna tells her that she can’t help Veer or Radhe, its a big dilemma for her. She then gives up and helps Veer by withdrawing the case. Veer gets released from the jail. He wants to help Krishna in proving that the new guy isn’t Radhe.

Sunaina asks Krishna to be with her husband Radhe and not come back in Veer’s life. Krishna gets blamed for Veer’s life ruining. Krishna and Sunaina get into a heated argument. Krishna doesn’t want to have any terms with Veer. She doubts that someone is making this guy act like Radhe to fool everyone, but doesn’t understand the motives.

Kasautii Zindagii Kay:
Komolika fails to kill Moloy in the hospital. Basu family is happy that Moloy is coming home. Mohini wants to tell him about Tapur’s marriage getting fixed with the person he has chosen for Tapur. She wants to tell about Anurag and Komolika’s marriage. She feels Moloy will be happy to know that Komolika is their Bahu. Mohini throws the engagement party for Tapur and plans to welcome Moloy home on the same day.

Mohini gives the good news to Moloy. Moloy is worried that Komolika is part of their family. Moloy takes some rest. Anurag thanks Prerna for taking care of Moloy. She tells him that she loves Moloy as she loved Rajesh, she will always take care of him. Anurag and Prerna’s bonding gets better with Moloy’s home coming. Mohini tells them that Anurag has got a wheelchair for Moloy so that he can move around in the house. Moloy gets in risk when he slips down the wheelchair.

Prerna saves Moloy and gets his blessing. Anurag finds Prerna’s real concern for his dad. Moloy gets angered seeing Komolika. Komolika hugs him and threatens him that she will ruin his family if he tries to reveal her truth. Moloy drops the hot soup on her hand and disapproves her. Komolika can’t hurt him and instead slaps the nurse in anger. Prerna stops Komolika and tells her that the nurse isn’t at fault. She tells that maybe Moloy has refused to accept Komolika as Bahu. Her taunts anger Komolika further.

She tells that Moloy has already accepted her as the Bahu. Mohini assures Komolika that Moloy will soon accept Komolika and Anurag’s marriage. Komolika finds Anurag getting closer to Prerna. Prerna falls down while decorating the flowers. Anurag holds her to save her from getting hurt. They both get into a cute argument, which is witnessed by Komolika. There will be big drama in Tapur’s engagement.