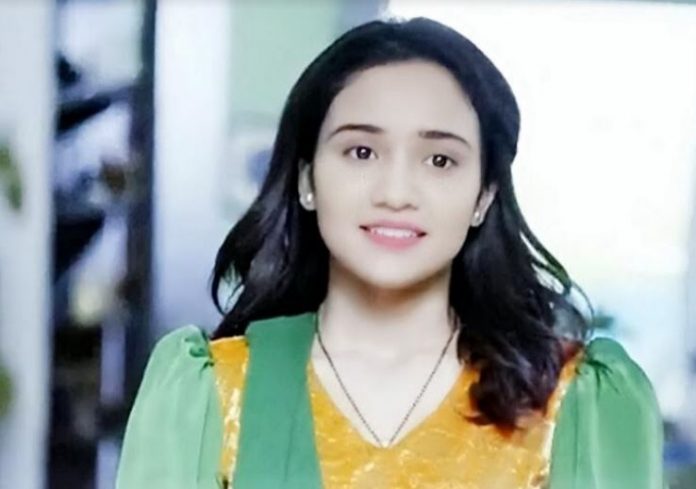 Yeh UnDinon Roop Shakti Ek Thi Rani Ek Tha Ravan: Rani sees Dadi bringing Raghav to the temple and gets happy seeing him. Dadi prays to God. Sindoor falls on Rani’s head when the air is blown. Rani thanks Mata Rani for giving her hope and thinks to tell truth to Dadi. Just then Dadi asks Pandit ji about mass marriage to Pandit ji and says I have some work with him. Rani thinks if Dadi comes to know about the truth. Rivaaj tells Premlatha and Premraj that arrangements are done to kill Raghav.

Premlatha says they will get all the property. Some goons in gun Police uniform are about to shoot Raghav, but Rani takes the catapult and shoots stone at the men. They run away. Dadi thanks Rani for saving Raghav. Rani makes an entry as the nurse and surprises Rivaaj. Rani holds Raghav’s hand and says I have understood why they are doing bad for you, as they want your property. She asks him to get ready for himself, her and for Dadi. Rivaaj comes there and hears her.

Yeh UnDinon Ki Baat Hai: Sameer and Naina allow film shooting in their house. Sameer gets to meet Actor Khalid and drink a cold drink with him. People come to see the shooting of the film while the actor acts in the swimming pool. Sameer decides to try his hand in acting.

Shakti: Sindhu’s boyfriend tells Harman and Soumya that his parents will not agree to their marriage. Soumya insists to meet them. He calls them to his house for the party. They come to his house. Sindhu’s boyfriend introduces them to his parents. They ask them to enjoy the party. Soumya, Harman, Sindhu and her boyfriend dance in the party. Preeto and Harak Singh come there. Preeto tells Soumya you came here and lied to us. Soumya gets sad. They propose Sindhu and her boyfriend’s marriage in front of his parents. His parents reject their proposal knowing Soumya is a kinnar. Preeto gets upset with Soumya.

Jhansi ki Rani: Janki realizes Gangadhar favoring Manu and taking her side. Ross comes to meet Gangadhar and bends down their head. He is about to tell something when Manu stops him and tells Gangadhar that if he doesn’t think that he shall respect her too. Gangadhar says Maharani is right and asks Ross to give equal respect to Rani Lakshmi Bai, being the queen of Jhansi. Ross gets angry but bends down his head in front of Manu. Manu smiles.

Roop: Shamsher asks Bua to change her perception for Ishika after seeing their love. Kamla makes arrangements of their remarriage. Ishika asks Roop to go and says if anyone sees us together then. Roop says he is her husband and romances with her. Sewa gets jealous and thinks she will never let Roop and Ishika’s marriage to happen. She plans to stop the marriage with Bua’s help.

Main Bhi Ardhangini: Madhav teases Vaidehi and asks if she is in dilemma over her decision to marry him. Vaidehi says she wants to marry him. Nilambari calls Tantrik and tells that she has Madhav’s Suraksha Kawaj. He asks her to bring it. Nilambari meets Tantrik and says they have to kill Vaidehi before marriage with Madhav. She gives the ring to Tantrik. Madhav and Vaidehi start to take rounds.