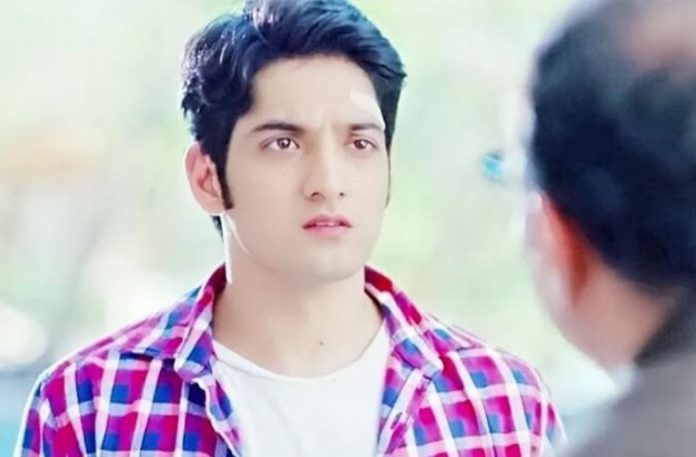 Star Plus Coming up Yeh Rishte Hai Pyaar Ke: Mishti is not so sure about Kunal, but she gets happy when she gets a bouquet from Kunal. She gets doubtful that Abir would have sent the flowers for her. She gets confused and looks forward to meet Kunal again. She wants to know Kunal well so that she can decide about the marriage soon. She likes talking to Abir. She doesn’t know if Abir is just a friend for her or something else. Mishti also wants to write a note for Kunal. She asks Abir to help her in writing poetry for Kunal. Kuhu pulls Mishti’s leg when she hears her praising Abir. Kuhu, Rajshri and Varsha find Mishti happy. Abir asks Mishti to write the thank you note on her own.

Kunal meets Mishti in his company and learns that she has come for the job. Mishti gets worried that Kunal is the new MD and would be angry on her. Mishti sends a sorry note to Kunal. Kunal calls herfor a meeting. He tells her that she won’t do any job, since he is capable to manage his responsibility after their marriage. He doesn’t want Mishti to earn for herself, since this can stain his family’s name. Mishti wonders what sort of thinking does he have. She gets more confused over Kunal’s practicality. Abir tells Meenakshi that he wants to find his dad and get him home. He asks her to help him in his search. Meenakshi doesn’t want to agree to him. Mishti opposes Kunal’s condition of leaving the job and end her career dreams.

Krishna Chali London: Radhe stops Krishna from leaving against his will by jumping down over the car top from the terrace. Krishna gets moved and recalls Radhe’s similar actions. He faints down and gets hurt. Gajanan and Shukla family very well know that Radhe has done the same thing before. Krishna doesn’t know who has planted Radhe in the family by telling about real Radhe’s life. Krishna asks Shuklain to take responsibility, she will better leave.

Shuklain asks her to take care of Radhe and not go. Krishna sees Radhe and her old pictures and gets emotional. Radhe behaves like the real Radhe and shocks her further. She wonders how can he say the same lines like Radhe. Shukla speaks to someone and orders for executing his work. Shukla and Sunaina have motives to plant the new Radhe. Shukla wants Krishna to join his hospital and uses her emotions, while Sunaina wants Veer to get released from the jail. Krishna gets Radhe’s DNA tests done again at her own hospital.

Krishna wants to know the truth and oust the stranger from the family. Shukla and his family reach the hospital to know the test results. Krishna can’t believe the impossible thing that Radhe’s tests have matched with Gajanan once again. She reveals the shocking positive results to Shukla family.