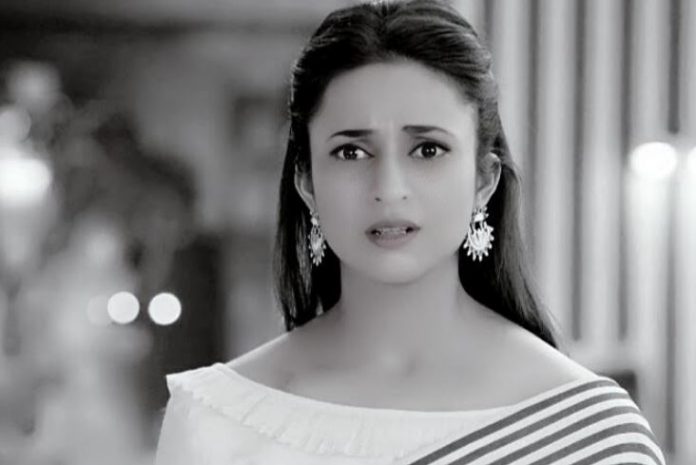 Yeh Hai Mohabbatein Shocky revelation. Yug feels guilty over hurting Aaliya’s heart. He writes a letter of apology for Bhallas. He wants to leave the house. He packs his bags. He doesn’t want to face Aaliya. Ruhi stops him from leaving the house and compels him to meet Aaliya once. Yug meets Aaliya to make her face the reality. He doesn’t want her to live in any illusion. Aaliya stops herself from hitting Yug, who cheated her so badly. He feels bad that he has hurt her so much. He doesn’t want her to get more hurt because of him. He tells her that he loves her truly and will never ever hurt her. He makes her understand that he will always love her and will be with her. His words remind him of Adi, who has cheated her too. He promises to her that he will give her freedom to choose her life partner. He wants her to stay happy. He asks her to live with Rohan if she wants.

She tells him that now that she has accepted the truth, she wants to live with him. She decides to choose Yug over Rohan. Yug feels lucky to win her love. They both have a moment of union and love. Ishita and the family didn’t expect Aaliya to take this decision. The family wants to accept Yug in Adi’s place and are happy that Aaliya accepted him too. Yug asks Ishita to trust him, he will always keep Aaliya happy. Aaliya wants Ishita to accept Yug and her relation. Ishita can’t give Adi’s place to Yug. She gets hurt while thinking of Adi. When Yug gets concerned for her, she gets emotional. He scolds her with love and behaves the same way as Adi.

They have an emotional moment. She also starts seeing Adi in Yug. She tells him that he reminded her of Adi and now maybe she gets clear mind. Yug thanks her for accepting him. He feels overjoyed that everything fell into place, he got his love Aaliya and also a loving family like Bhallas. They celebrate their happiness and come under Sahil’s evil scanner. Sahil wants Bhallas to admit that they have killed Muskaan. He wants to ruin Bhallas’ happiness. Ishita gets Sahil’s call. He asks for the chemical powdered box. He vents anger on her and asks her to bring the box at the said location. She fails to know Sahil’s plans. Ishita hides the matter from Raman and tells him that everything got fine after accepting Yug.

Raman feels Yug has made his place in the family and now they should get Yug and Aaliya married. She is ready to do anything for her family. She doesn’t want to lie to him further. She gets aware of Sahil and doesn’t tell anything to Raman. She confesses her love to Raman and feels lucky to have him. Rohan is disheartened by Aaliya and Ishita’s behavior. He feels he has lost Aaliya forever. Rohan learns about the dangerous powder and wants to alert Ishita. He wishes a chance to meet Ishita and tell her about the test results of the powder. He calls up Ishita and asks her to meet him at the earliest, since he has to tell her about the huge risk on her. Ishita meets Rohan and learns about the big threat.

Rohan tells her about the lab tests results. She worries that Sahil is trapping her again. She doesn’t want to complain to police since she is being watched. She doesn’t want Sahil to kill them or her family. Raman learns Ishita’s troubles and wants to know the entire matter. He asks Rohan what is he hiding. Rohan wants to genuinely help Bhallas this time. Karan too feels guilty that he has cheated Rohan and ruined his life because of the revenge. Karan finds Rohan missing and gets panicking. Rohan apologizes to Raman. He accepts that he loves Aaliya and took the wrong move. He reveals about the dangerous powder which can take anyone’s life.

Raman asks Ishita what’s the truth. Raman checks threatening messages in her phone. He learns about Sahil compelling Ishita for doing his illegal activities. Ishita lies to get saved from Sahil. She doesn’t want Raman and Rohan to fall in danger. She doesn’t want to reveal the troubles to them just to protect them. She shouts at Rohan, knowing he has come to help. Raman tells her that he will go and confront Sahil if she doesn’t tell him everything. She reveals that Sahil is targeting Ruhi, and this time its a dangerous trap for Ruhi. Raman can’t believe how Sahil has cleverly trapped Ruhi.