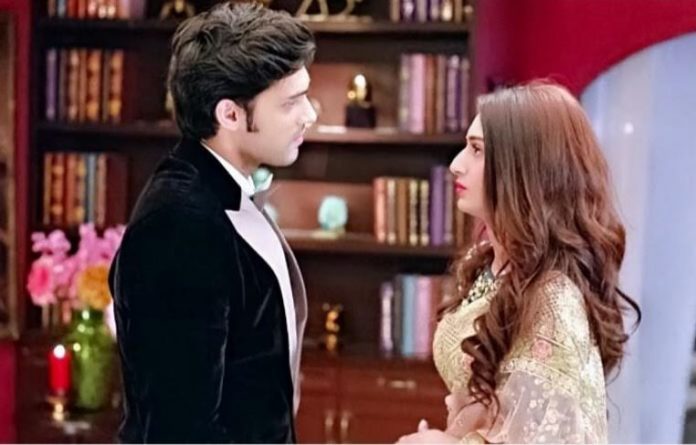 Kasauti Zindagii Huge drama amidst engagement party. Mohini slaps Prerna when the latter is caught in a bad situation with Vikrant. The ladies start gossiping about Prerna’s bad character. Sahil’s family tells Mohini that they will not keep the alliance if Prerna is related to them, since she doesn’t want Prerna to badly influence Tapur. Mohini assures that she has no relation with Prerna and Prerna isn’t Anurag’s wife. Prerna is insulted by Mohini and Komolika. Komolika asks Prerna if she can justify her cheap act with Vikrant. She passes dirty comments on Prerna and Vikrant’s so called friendship and business tie-up. Prerna calls it enough and reveals that someone is playing evil to spike the drinks to put Vikrant and her in this odd situation.

She clarifies to Tapur that she didn’t do anything to ruin her engagement. Prerna tells Anurag that she is getting framed by Komolika. Prerna and Komolika get into a heated argument, while Mohini supports Komolika. Anurag can’t see Prerna in trouble. He tells everyone that maybe the video is manipulated and shown to them in wrong sense. Komolika asks Anurag to stop supporting Prerna. Anurag tells her that he knows Prerna’s values and can’t tolerate anything against her. He surprises Prerna and entire family by showing his belief in Prerna.

Prerna knows that Vikrant is also innocent. She stops Anurag from bashing up Vikrant more. Prerna explains Anurag that its Komolika’s plan to put her in bad light. Vikrant isn’t in senses to prove the truth to Anurag. Prerna tells Anurag that she has been sensing something wrong and even Vikrant had warned her. Tapur’s in-laws break the alliance, which upsets Mohini a lot. Mohini blames Prerna for the bad happening. Moloy knows Komolika’s truth and is helpless. He wants to speak out her truth to the family.