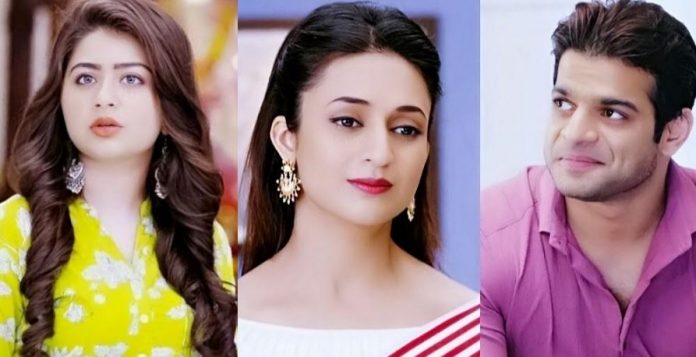 Yeh Hai Mohabbatein Peril shockers. Rohan wants to secure Karan and keeps him away from Sahil’s matter. Karan gets worried for Rohan’s life. He tells him that he will call up Sudha and ask her to come back if he doesn’t disclose anything. Rohan doesn’t want Karan to bother Sudha. He reveals the entire matter to Karan and also the fact that Aaliya is marrying Yug. He has seen Aaliya’s love for Yug, and also the happiness in Bhalla family. He accepts that Aaliya and Yug love each other and now he shall forget Aaliya. He feels bad to lose his love. Aaliya also feels guilty over breaking Rohan’s heart. Yug tells her that they have no control on their fate and she shouldn’t blame herself for the decisions taken by Lord. He consoles Aaliya and asks her to believe in their destiny.

Rohan tells Karan that he will not talk of Aaliya again and he will find happiness in his family. Karan is thankful that Rohan has forgiven him. He tells Rohan that they shall go for a short trip to have a change. Rohan wants to stay back and help Bhallas. He makes plans to spend time with Karan, in a way that Karan stays unharmed. Raman meets Mani at the cafe and tells him about Sahil’s men watching them all the time. He gets the chemical powder from Ishita’s clinic. He hands it over to Mani and asks him to find about the chemical, which may be really harmful. He doesn’t want Ishita to fall in any trouble.

Mani gets disturbed knowing about Sahil’s evil plans. He assures that he will help Raman. Bhallas celebrate Aaliya’s mehendi ceremony happily. Ishita finds Aaliya really happy with Yug. Yug plans a surprise for Aaliya and applies mehendi design on her hand. Aaliya gets happy to have him. The family acknowledges their love. They want Aaliya and Yug to get married soon. Shagun and Ishita are happy for their daughter’s happiness. Ishita hides her tensions from Shagun. She gets threatened by Sahil over time. Sahil tells her that he needs the powder box from her clinic. Ishita meets Sahil and asks him not to harm her family. He threatens her that he will ruin her family and their happiness in a moment if he wants.

He tells her that he will go to her clinic personally and get the powder box. She tries to make an excuse to stop him. He tells her that he will ruin Aaliya’s marriage if she goes against. She hands over the clinic keys to him. She is worried for Ruhi. She wants to expose Sahil. She cries in tension and gets spotted by Ruhi. Ruhi asks Ishita what is the problem disturbing her. Raman tells Ruhi that Ishita is just emotional about Aaliya’s marriage.

He covers up the matter and takes Ishita for a drive to talk to her. She wants to save Ruhi at the earliest. Raman tells his plans to trick Sahil and get him arrested. Ishita tells Raman that Sahil is very clever. Raman tells her that Sahil will be caught red-handed when he goes to her clinic to get the box. He relieves her tensions. They return home and get enjoying the ceremony. Aaliya is happy to get a caring husband. Raman gives tips to Yug to always be a good husband. Shagun and Ishita showers gifts on Aaliya. Aaliya gets emotional recalling her Adi. She finds a good life partner in Yug. She doesn’t want to lose Yug.

Ishita wants Yug to keep Aaliya happy always. The family plans to celebrate all night and dance in the Sangeet. Sahil is sure that Ishita can’t do anything against him. He sends his aide to get the box from her clinic. He wants to ruin Bhallas’ happiness by sending a shocking gift for them. Raman and Ishita stay aware of the huge threat on them by Sahil. Sahil plans to get Bhallas killed by planting a bomb in the wedding. He targets the new happiness seeders, Aaliya and Yug.