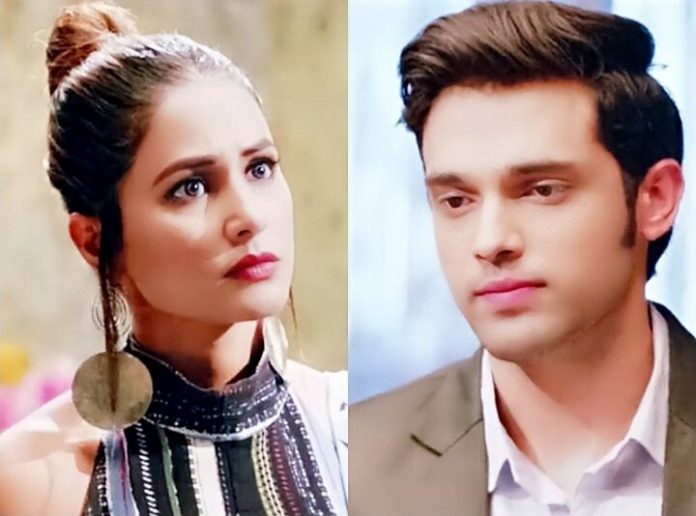 Kasauti Huge drama Anurag watches Prerna’s humiliation and then takes a stand for her. People taunt Prerna about her ill character. They also find Anurag wrong, for supporting Prerna. Mohini wonders when did this happen that Anurag has gone on wrong path. Komolika tells her that she should have thrown Prerna out before. Mohini doesn’t want Prerna in her house. She tells Komolika that she has decided to oust Prerna. Prerna tells Anurag that Komolika has done this. She asks him if he trusts her. He tells her that he totally trusts her and now he will prove her innocence. Everyone questions Vikrant and his cheap act.

Sahil scolds Vikrant for ruining his engagement. Anurag tells them that he will prove Prerna’s innocence by logical ways. He tells them that he will prove that Prerna isn’t characterless. He doesn’t let anyone go. Waiter demands more money from Komolika and blackmails her. She angrily agrees to him. Anurag doesn’t want anyone to raise a question on a woman’s character. Vikrant’s family doesn’t want to stay back. Sahil’s parents want to give a chance to Anurag. They believe that maybe Prerna is innocent.

Komolika asks Anurag not to do any drama and let things be as it is, since this can break Tapur’s marriage. He doesn’t want anyone to blame Tapur for any mistake. He wants to take this step for the women. He tells Komolika that Prerna is his wife. Komolika gets scared when Anurag catches the waiter and demands him to say the truth. Anurag isn’t scared of defamation. He wants to bring out the truth and expose the evil minded culprit. The waiter gets caught post Anurag’s investigation. He tries to run away and gets saved from punishment. Anurag beats up the waiter and asks him the name of the person who hored him for this act. The waiter gets scared of police and is ready to reveal the name. Komolika threatens him for not telling her name to Basu family.