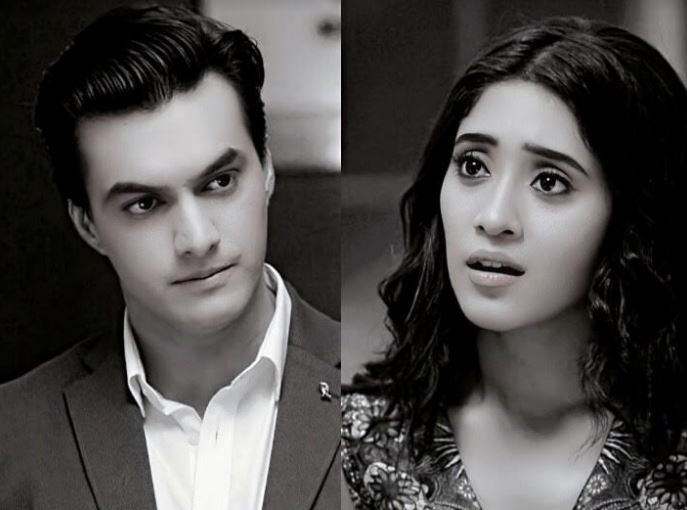 Yeh Rishta Kehlata Kartik Naira struggles begin. Kartik wipes off all the bad thoughts from his mind. He gets freshen up and returns to the family. He doesn’t want to get jealous of Naira. He tells Naira that he has cleaned his mind. He asks her to continue the mango eating competition. The reporters meet them for a photoshoot and asks Goenkas to participate. The reporter tells them that they want to promote Goenkas’ younger generation in their fashion magazine. Manish and everyone thinks its happening for Kartik. The Goenkas agree for the photoshoot. They don’t know that Naira is the main highlight of the photoshoot. Dadi congratulates Kartik. Everyone goes to get ready for the photoshoot. They also want to party and celebrate.

Kartik and Naira get decked up and compliment each other. They spend some romantic time. Dadi sings praises of her grandson. She wants Kartik’s interview to get published. She feels proud of him. Kartik gives all the credit to Naira for bringing good luck for him. She tells him that its all his hardwork. Dadi gets happy seeing Kartik and Naira’s happiness. Kartik and Naira pose for the photoshoot. The reporter asks the photographer to click Naira’s solo pictures. He tells them that they will be soon informed about the function.

He thanks them for the cooperation. He asks Goenkas to come for the award function, since they maybe the winners. Dadi wishes that Kartik wins a business award. Naira makes a wonderful speech for Kartik. He doesn’t get serious about the award function. Naira tells him that he will surely win the award. She tells him that she wants his speech to be the best.

Mihir gets Naira’s picture as the new face of his branded jewellery. He asks the reporter to print Naira’s picture on the cover page and also promote his brand. He also gets his designs for the royal wedding included in the magazine. Dadi and Suwarna are relieved to see Kartik and Naira’s normal bonding. Dadi wishes that Naira always backs up Kartik.

Kartik and Naira get surprised seeing Mihir at the function. Manish wants Kartik to enjoy his big success. Singhanias also join Goenkas to visit Kartik’s honor. Devyaani wishes all the best to Naira for Kartik. Dadi and Devyaani get into an argument because of the new maid of Singhania house. Naira tries to calm their argument. Kartik learns that Mihir is the official partner of the fashion magazine. Naira tells Kartik that she will whistle when he gets the award.

He becomes a dutiful husband and cares for her. They have a cute moment and reminisce the old days. Naira can’t wait to witness Kartik’s honor. Kartik gets a big shock when he sees the award meant for Naira. Naira becomes the new face of Mihir’s brand. Everyone is surprised as well. Naira handles the situation by giving all the credit to Kartik. Kartik still feels insulted on sharing his wife’s award and gets away after an emotional turmoil. Kartik isn’t able to handle the stress by the people’s taunt over his wife shadowing his success. How will Naira manage Kartik’s growing insecurities? Keep reading.