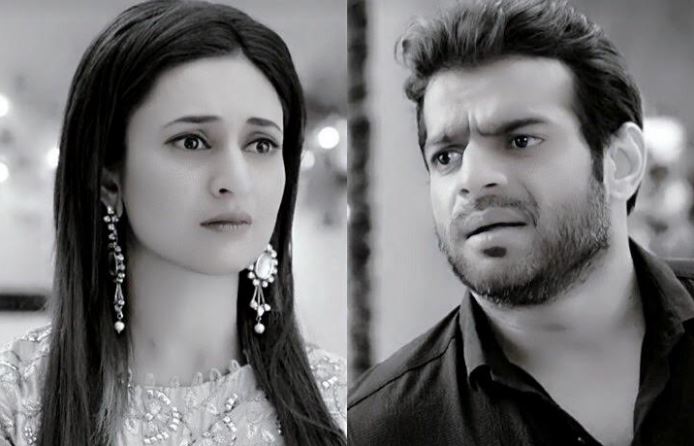 Yeh Hai Mohabbatein Twisty Shockin. Bhallas and Iyers celebrate Aaliya and Yug’s pre-marriage functions with much excitement and fun. Everyone wants to bring a smile on Aaliya’s face since she has suffered a lot in her life. Raman and Ishita are happy to see their family’s smiling faces. Raman hides the tensions from the family. He asks Mani about sending the chemical powder for the tests. He asks about Sahil’s packet. Mani tells him that the box contains the explosives and they have to stop Sahil from his plans. Raman and Mani dance and act to trick Sahil, while discussing their plans to get Sahil caught up by the police. Rohan tells Karan that he wants to head to London and stay with Sudha, to be away from Aaliya’s memories. He tells that he will just meet Bhallas for the last time before leaving for London.

Sahil arrives at Ishita’s clinic to pick the box. Raman wants Sahil’s act to get caught in the CCTV camera so that he gets an evidence against Sahil. Sahil looks for the box, while Ishita watches him, the same way as he had been keeping a watch on her. She wants Sahil to get trapped in his own plans. Sahil wonders where did Ishita keep the box. He finally gets the box and hides it.

Ishita informs Raman that Sahil is caught red-handed in the crime. She is happy to accomplish the big task. Raman tells her that now they will get Sahil caught. Raman and Ishita keep this a secret. Bhallas get the surprise visitors, Rohan and Karan. Ruhi stops them from meeting Aaliya. Rohan tells them that he has come to give a wedding gift to Aaliya and Yug. He meets Aaliya and Yug and turns emotional to part ways with Aaliya forever. Aaliya feels guilty seeing Rohan’s emotional side. Rohan asks Yug to just keep Aaliya happy, so that everyone who loves her stays happy. Yug promises to keep Aaliya happy.

Rohan makes an apology to Aaliya and Bhallas for his past mistakes. Ishita is happy that everything is falling into place. Raman and Ishita leave for the police station. Sahil’s man keeps a watch on them. Raman gets Mani’s help and tries to stop Sahil. Sahil asks Shamshad to pack the explosives and blast the Bhalla house. He wants to gift destruction to Bhallas on Aaliya’s marriage. He wants to frame Iyers in the blast crime. He suspects that Raman and Ishita are planning something against him. He spies on Ishita to know why is she so happy.

Raman checks the footage and tells Ishita that they have enough evidences to get Sahil arrested. He tells Ishita and Mani that now they can nab Sahil. Sahil learns Raman’s plans and realizes that Ishita has collected the evidence against him by the CCTV footage of her clinic. He doesn’t want Ishita to use any evidence against him. He gets more revengeful. Karan gets upset that Rohan is getting away from him, because of his mistakes. Sahil wants to kill Bhallas. He wants Bhallas to confess the murder of his sister Muskaan.

He gets hell bent to avenge his sister’s death. He tells his aides to keep an eye on Bhallas so that he learns Raman and Ishita’s plans on time. Raman alerts Mani to keep the evidence safely until they go to the police. Rohan and Karan meet Raman and offer help. Raman accepts their help and shares his plan to confuse Sahil until they succeed. Raman secures the evidence from Sahil.