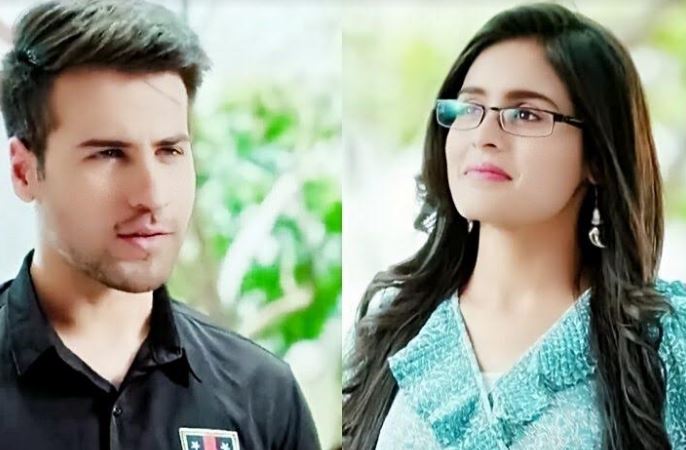 Star Plus Krishna Rishte Hai Pyaar Ke: Abir takes care of Mishti. He gets the food for her and tells her that Kunal has sent the food for her. He helps Kunal and tries to bring Kunal and Mishti together. He gets reminded about his feelings about Mishti again and again. Kunal joins them to help in the exhibition. There is a fire incident in Abir’s exhibition. He finds Mishti’s painting in the fire and runs to save it. Kunal asks Abir why did he risk his life for the painting. Abir hides the painting from him. He tells Kunal that the event started well, but everything got ruined in a moment.

Krishna Chali London:
Veer gets the proof against Mohan, who is acting like Radhe in the Shukla family. He tells her that Mohan isn’t Radhe and she can know this heart. Krishna asks him not to interfere in her personal matters. Veer tells her that she is his wife and he will help her. Radhe and Veer get into an argument over Krishna. Krishna doesn’t see any evidence and just throws the papers. She doesn’t believe Veer. Veer tells her that he will expose Mohan. Radhe goes to beat up Veer. He asks Veer to stay away from Krishna, who belongs to just him.

Shuklain threatens Veer for hurting her son. Veer tells Radhe that Krishna is his wife, he will always be with her. Shukla asks Veer to end the fight and get out. Veer isn’t scared of anyone. Gajanan makes Veer leave. Shukla family believes Radhe and kicks out Veer. Veer wants to take Shukla family to Indore where Mohan used to stay. He sends a pandit to Shuklain so that he can trick Shuklain and convince her to go to Indore. Shuklain is ready to head to Indore to pray for Radhe. Shuklain tells the family that they will be visiting the temple and pray for Radhe’s recovery. Veer plans to meet Krishna and get Mohan’s truth out.

Singhanias and Goenkas meet for Krishna’s Annprashan ritual. Naira celebrates the family time. Everyone gets into fun mood with Krish. Naira hugs Krish and showers her love. She gets a call from Mihir. She hands over Krish to Kartik and leaves. Kartik feels bad over this behavior. Dadi gets to see Naira’s name on the gift. She thinks Naira has removed Kartik’s name tag deliberately. She gets into an argument with Naira. She is much upset with Naira. She stops Naira from going on a work trip with Mihir. Dadi doesn’t want Naira to invite new troubles for Kartik. She dislikes Naira’s job and wants her to just stay at home. Kartik and Naira always want to be together in her decision. Kartik scolds Naira by coming in Dadi’s words. He later apologizes to Naira.