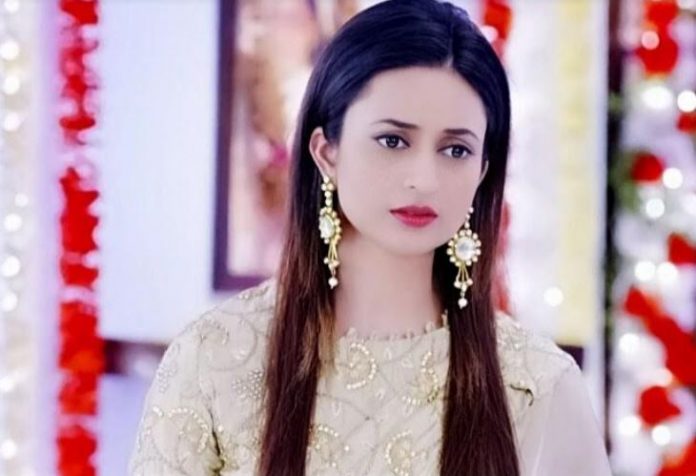 Yeh Hai Mohabbatein Evil Shocker. Aaliya and Yug’s pre-wedding rituals go on in full swing. Raman asks Aaliya and Yug to celebrate their togetherness until the marriage rituals begin. Yug and Aaliya have a wonderful performance on a romantic song. Rohan tells Raman that he is ready for their plans. He feels hurt in his arm and gets help from Raman. Raman gets his plan executed well and makes Sahil confused. Sahil asks his man to find the evidence against him. He wants to know if Rohan is carrying the footage to give to police. Sahil knows Raman is playing a smart game. He asks his men to keep an eye on Raman. He suspects Rohan and asks the man to follow Rohan. He asks Shamshad to send more men there. Shamshad tells Sahil that his men didn’t reach there.

Sahil wants Raman to lose the evidence at any cost. He yells at Shamshad knowing his men aren’t up to their mark. He changes the plan and wants to teach a lesson to Raman and Ishita. He wants to fail the plan by Bhallas. Raman asks pandit to just start the rituals for the marriage. Raman tells the family that Rohan and Karan will take time to come back home. Raman is happy to see Aaliya and Yug happy. Mihika tells them about the broken garlands.

She tells them to get another garland for Varmala. Raman had smashed the garlands to make an excuse and leave from the house again. He tells Mihika that he will arrange the garlands. He asks Vishal to give the bike keys. Raman gets watched by Sahil. Raman instructs the guard to get another bag for him. He diverts the goons and leaves with the evidence, by tricking Sahil. Sahil sends the goons to trouble Bhallas. He instructs the goons to enter Bhalla house and execute their plan. Sahil sends his men to follow Mani, Rohan and Karan.

He knows that this time it will be just Bhallas or him. He wants to kill Bhallas and take his revenge. The goons enter the house. Pandit takes their help in the puja, since they are in disguise. Aaliya and Yug enjoy the rituals of their wedding.

Aaliya feels sorry for Rohan. She is also in tension and wants the marriage to happen well. Shagun calms her fears. She assures that no one’s bad sight will strike their happiness. Yug sits for the puja. Pandit asks Raman and Ishita to sit in the puja with Yug. Iyers become Yug’s family and sit in the puja. They ask Raman and Ishita to perform Aaliya’s kanyadaan. Shagun finds Ishita worried.

Ishita covers up for Raman’s absence. The goons keep a watch and want to know where are Raman and his supporters. Sahil asks his goons to shoot Bhallas if they find anything suspicious. He makes a threatening call to Ishita and demands her to leave the marriage function. He wants to meet Ishita and confront her for the plan. Rohan gets a huge shock when he learns about the explosives he is carrying. Sahil informs Rohan that his death is close.

Ishita meets Sahil to know the threat he is talking about. Sahil tells her that he is aware of Raman’s strategy and even then he is ahead of Bhallas. He tells his plans of switching the bag with explosives container. He asks Ishita to hand over the evidence to him, if she wants to save her family. He reveals his plans of framing Iyer family in the next crime incident. Ishita can’t believe Sahil’s evil plans and wants to save Rohan. Rohan genuinely wants to help Bhallas, but badly gets trapped by Sahil. Rohan will be dying in the coming track.