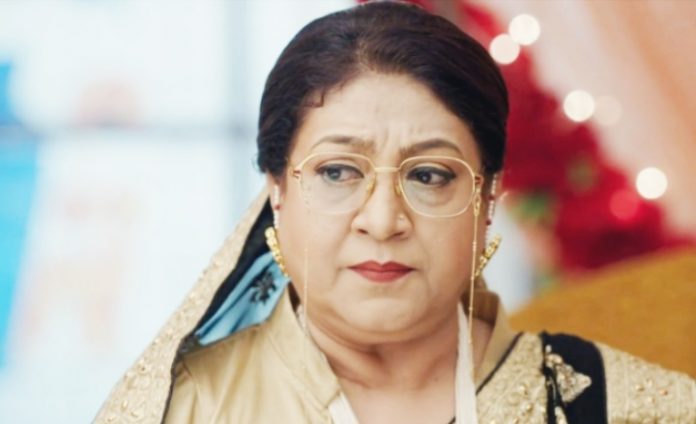 Star Yeh Rishta Dadi ponders over Kartik’s sorrow when she finds him ill. Kartik and Naira underrate the cropping differences because of their relation’s strength. Dadi fears the unthinkable that Kartik and Naira won’t be able to sustain their relation if this competition in their career continues. Naira meets Mihir and tells her that she can’t go for the meeting, since Kartik is unwell. Mihir tells her that she can’t be unprofessional, Kartik will get fine by taking medicines, its not a big issue. She doesn’t listen to him and misses the important meeting. She returns home and looks for Kartik. The family asks her how did she come back so soon. Suwarna realizes that Dadi has called Naira home.

Dadi tells Naira that Kartik isn’t at home, he had to go in an important meeting and he went for it. Naira tells her that she also missed an important meeting on her call to check on Kartik. Dadi yells at her that Kartik works for the family, while Naira is working to fulfill her passion. She asks Naira not to work against Kartik and hurt his heart. She scolds Naira for equating herself with Kartik. She asks Naira to stand with Kartik and leave the job. She knows things will get worse if Naira gets stubborn. Naira tells Dadi that Kartik has no problem with her work, and Dadi shouldn’t make things hyped from Kartik’s side.

She asks Dadi not to create problems and not lie next time to call her home. Dadi tells her that she didn’t lie, Kartik was really sick. Naira gets upset that Dadi has taken advantage of Kartik’s sickness and made her leave the meeting. Dadi asks Naira to go for the meeting now if she wants. She tells Naira that she will manage her grandson like always. They have a heated argument. Naira shatters and sheds tears. She knows her intentions aren’t wrong and even Kartik is supporting her. She doesn’t want to compete with Kartik.

She regrets on Dadi’s thinking. Suwarna consoles a crying Naira. Manish, Kartik and Akhilesh return home from office and tell the family about the big deal they have bagged. Kartik finds Naira at home and asks her why didn’t she go to Delhi. Naira doesn’t tell him anything about Dadi’s lie. Everyone learns that Dadi is feeling unwell. They rush to Dadi and find her annoyed. Dadi refuses to accompany the family to Krish’s Annprashan ritual. She cries and blames Naira for misbehaving with her. Naira defends herself and calls Dadi wrong.

She wants Kartik to believe her. Dadi doesn’t let Naira clarify things. Kartik gets angry that Naira always argues with Dadi. He asks Naira to not hurt Dadi. He apologizes to Dadi on Naira’s behalf. Naira feels sorry that Kartik didn’t listen to her. He tells her that he wanted to calm down Dadi and ended the argument. He doesn’t want her to stay upset. He tells her that he had fever, but he is now fine. He gives the good news that his designs got approved and praised, and he is really happy. Naira congratulates him.

Dadi unknowingly creates misunderstandings and tensions between Kartik and Naira, when there is a huge drama in Krish’s function. Naira gets reprimanded by Dadi, without being at any fault. Kartik too gets against Naira when he repeatedly hears things against her from Dadi and the society women. Naira feels disgraced when the society women pass taunts on her job and blooming career. She fears that the women’s taunts can leave an impact on Kartik and their relation. Will Kartik nullify Naira’s fears by standing by her? Keep reading. 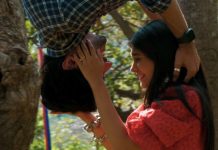