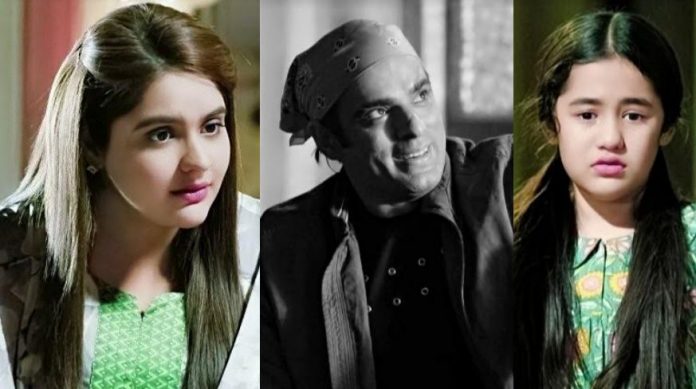 Kulfi Kumar Bajewala Coming twists Kulfi plans to meet Pakhi once again and ask about Bhola. Kulfi thinks once she gets friendly with Pakhi and wins her heart, she will get her answers from Pakhi. She wants to know who is Bhola and how does he know Sikandar’s songs. She doesn’t see Bhola. She stays upset at home and cries in Sikandar’s memory. She wishes that she meets Bhola and gets Sikandar back. Sikandar as Bhola meets Pakhi and sings a song for her to end her annoyance.

Sikandar has lost his memory because of a head injury. Kulfi gets another dream and senses that Bhola is connected to Sikandar. She gets determined to find Bhola. Bhola is a favorite with the kids. He tells Pakhi that he is her friend and will always be with her. Imposter Sikandar gets many singing assignments for Kulfi to make her busy and away from the family. Kulfi gets to hear Bhola’s singing and runs to see him. She will be soon seeing real Sikandar and recognizing his melodious voice.

Raabta Kalyani agrees to marry Atharva: Atharva kidnaps Anupriya and blackmails Kalyani. He tells Kalyani that she will lose Anupriya if she doesn’t listen to him. He plays a big trick. He tells Kalyani that Anupriya will be captive until they get married. He asks Kalyani to marry him if she wants to save her mum. Kalyani gets helpless to agree to Atharva’s condition. He shows her Anupriya’s video. Kalyani gets scared seeing Anupriya in trouble. She tells him that she is ready to marry her.

Shakti Preeto accuses Soumya: Preeto is shocked by her first husband’s entry. Soumya apologizes to her and says we did a big mistake. She says we really didn’t know that who is baba ji, she never thought that her (Preeto) wounds will become fresh. She says really, I didn’t know anything before. Preeto is crying and asks her to drop him back from where they brought him, after knowing everything. Soumya says how to ask him to go in this condition. Preeto blames Soumya for becoming good in front of her and people and says you want to have twin win. Soumya asks her to let him stay for a few days. Preeto blames Soumya for going against her and calls her kinnar. She accuses her of ruining her life and asks her to leave from her house.

Ishq SubhanAllah Kabeer tensed for Zara’s life: Kabeer and Zara will be getting married once again. Zara reaches Kabeer’s house to make an entry. Kabeer tells Zara about his conditions, which she has to accept in order to secure their happiness. Zara accepts all his conditions since she loves him a lot. Kabeer is stressed about Zara’s safety. He is worried since Zara’s life fell in danger. He suspects his family member behind the conspiracy. He loses his sleep in the tension. Zara helps him sleep by giving him sleeping pills. She doesn’t want Kabeer to suffer.