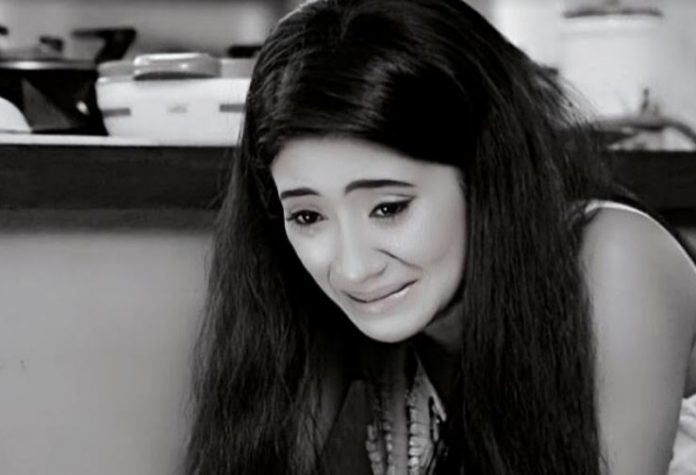 Star Plus Upcoming Weekly Yeh Rishta Kya Kehlata Hai Dadi provokes Kartik against Naira. She tells him that Naira values her work more than the family. Kartik falls in Dadi’s words after the huge drama in Krish’s function. The small misunderstanding about the gifting leads to a big drama in Kartik and Naira’s lives. Naira tells Dadi that she has put Kartik’s name on the card as well, maybe the card fell somewhere. Dadi and Kartik misunderstand Naira and think she just wrote her card on the name. The guests too speak ill and poison Kartik’s ears. Kartik doesn’t know what’s truth.

Dadi gets angry on Naira for getting Kartik insulted once again. She is upset that the guests have taunted the Goenka family because of Naira. Kartik stays upset and silent. Naira asks him if his trust on her has begun to fade down. Kartik is confused because of the lack of communication in their relation. He feels Naira isn’t dedicating time to their relation, which maybe the cause of their differences.

Krishna Chali London: Radhe meets with an accident. He gets rushed to the hospital. Doctor tells the family that Radhe is out of danger now. Radhe gives a big surprise to the family by recognizing him.

He claims that he has regained all his memories. Radhe gets angry on Veer. He tells the family that Veer had committed his accident in London and left him to die on the road. Radhe’s statement angers his family. Veer tells them that Radhe is an imposter, he is lying to them.

Gajanan doesn’t believe Veer and beats him in front of Krishna, who feels bad seeing the scenario. Krishna stops the fight. Radhe tells her that he remembers everything now, his love for Krishna has got him back to her. He asks Krishna to accept his love. Krishna gets in a dilemma. Radhe hugs his family.

He continues the accusations on Veer. Veer tells them that very soon they will know the truth that Radhe is Mohan. Krishna just loves Veer. The Shukla family asks Krishna to come back home and live with her first husband Radhe. They put her in a tough situation. Krishna refuses to live with Radhe. Radhe gets all the love from his family. Veer’s plan to expose Radhe fails. He wishes Krishna believes him.