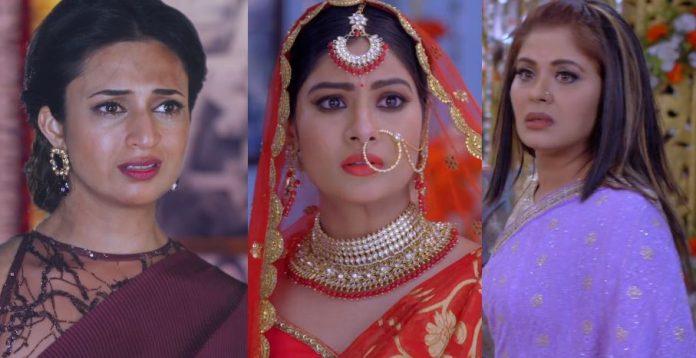 Yeh Hai Mohabbatein Coming Shockers twist. Sahil plans Rohan’s murder right in front of Raman and Ishita. He tells Rohan that this is his punishment. Inspector is also working with Sahil. He asks Raman and Karan to be with Rohan. Police leaves from the site as well, when Sahil runs away after triggering the bomb. Raman, Ishita and Karan get helpless and ask the police to save Rohan. Rohan dies in front of them, which comes as a big shock. Bala witnesses Rohan’s death on the video call, and can’t help but shout out in a state of shock. Bala’s scream gets everyone’s attention. Bala reveals to everyone about Rohan’s death in the blast.

Aaliya and Yug get to know this shocking news in the middle of their marriage, which stops because of this saddening part. The family checks the happening on the video call. They find Raman, Ishita and Karan suffering some burns as well. Bala tells the family that Sahil has killed Rohan for his revenge. Bala is emotional about Rohan, who gave his life for them. He tells them that they can’t sit quiet and bear all this. He reveals why Sahil is exacting revenge from Raman and Ishita. Aaliya breaks down in tears. Raman and Ishita receive another shock when the real police and bomb squad arrives at the location.

They realize that it was Sahil who did all this. Karan cries for his lost brother. Ishita consoles Karan and asks him to accept the truth that Rohan is no more. Aaliya feels everything bad happens the moment she decides her marriage. She feels guilty and decides to call off the marriage. Sahil posed as the bomb squad official to give them a big shock. He is happy to break down Bhallas. He is sure that Raman won’t take any step against him now. Raman complains to the police about Sahil. He loses the evidence against Sahil. Sahil has taken the evidence with him. He makes sure that Raman doesn’t prove the truth. Police refuses to arrest Sahil without any solid evidence.

Raman asks them to investigate the matter, since they can see Rohan’s loss right here. Raman loses hope that they can’t get Sahil punished. Ishita asks Raman to stay strong, until they inform Sudha about Rohan’s death. Sahil burns the evidence. He wants to complete his revenge for Muskaan’s death. He is sure that the real culprit hiding in Bhalla house will speak up now. Yug and Aaliya take an unexpected decision which shocks the family. They refuse to get married, post Rohan’s death. Raman and Ishita get Karan home. Everyone pities Karan and speak good of Rohan. Karan’s sorrow doesn’t get less.

Karan turns helpless to answer Sudha. He doesn’t know what to tell her. Sudha feels worried for Rohan when he doesn’t answer. She asks Karan about Rohan. Ishita takes the big responsibility to tell Sudha. Sudha informs Ishita that she has come home from London, since she was restless about her children. She asks Karan to get Rohan home. She wants to hear that everything is fine. Raman and Ishita ask Sudha to come home and talk to them. Karan sinks in sorrow that Rohan left him.

Ruhi shoulders Karan in the moment of sorrow. Karan feels he has failed as a brother. Sudha asks him to be strong and look after Sudha, as even Rohan wanted him to do this. She asks Karan to become Sudha’s solo support from now. Karan loses courage when he learns that Sudha has arrived. Sudha wants an answer from Bhallas about Rohan. Karan breaks the shocking news to her about Rohan’s death. Sahil wonders why isn’t anyone confessing Muskaan’s murder. He wants to get his answer and solve the mystery of Muskaan’s murder.