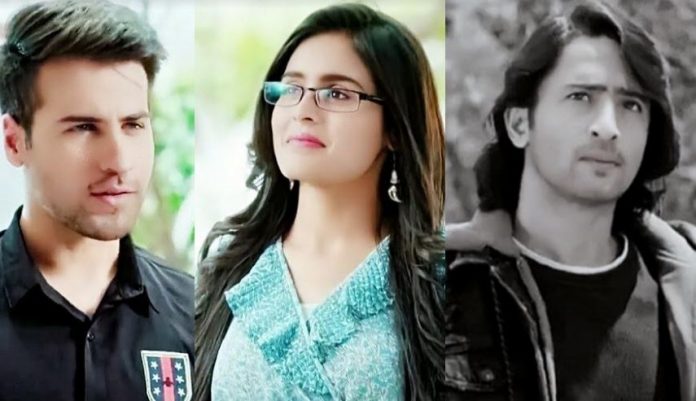 Latest Star Plus Twists. Radhe fools the family and tells them that he has regained his memory. He tells them about his accident that Veer had committed in London. Veer and Krishna are much worried. Krishna is confused over Radhe and his truth. She doesn’t know if Radhe is real or not. He tells such incidents that leaves her in a big dilemma. Krishna asks Veer to get his aide done. Veer tells her that he has no trouble with his wounds. He gets the police to prove about Mohan. Shukla and Gajanan warn Veer. Veer gets Mohan’s friend there and asks him to identify Mohan. Mohan’s friend also lies in front of Shukla family. Veer gets angry on his lie and asks him why is he denying the truth.

Police doesn’t support Veer when the truth doesn’t come out. The drama at the hospital intensifies when Radhe emotionally makes everyone against Veer. He provokes his family against Veer, who wanted revenge on him. Krishna stops Radhe and Veer’s fight. Radhe tells them that Veer didn’t take responsibility after doing his accident. Krishna thinks who is saying the truth. Veer knows someone is playing a big conspiracy for a bigger motive.

He wants to protect Gajanan. Radhe asks Veer why did he flee after the accident, why did he not attend him. He asks Veer not to trouble Krishna and him. Krishna is remorseful over the series of events.

Radhe tells Krishna that now he remembers everything and she has to live with him being his wife. She takes some time from Radhe. She wants to analyze things. Krishna stays worried. She informs Dr. Rao and asks him to clear her confusion. Dr. Rao assures to solve the mess. Krishna asks Veer to leave Radhe now, since he has failed to expose Mohan’s truth. She tells Veer that now she also believes that Radhe is real. Veer can’t believe this shock.

Yeh Rishte Hai Pyaar Ke: Abir goes to Maheshwari house with Mishti and Kunal. He gets dreaming about Mishti. He realizes his love for Mishti. He gets poetic about his lover. Mishti wants to know whom does he love. Abir gets away from Mishti. She asks him about whom was he talking. Abir doesn’t tell her anything. She pulls his leg that he is in love. He tells her that she has become a detective and spying on him. Meenakshi and Parul head to meet Maheshwaris. She gets Naman’s picture printed in the newspaper in order to break the alliance. Meenakshi is hell bent to call off the alliance and save Kunal’s life.

She reaches Maheshwaris, while Kunal drops Mishti home. Kunal asks Kuhu to come with him to office if she is ready. Kuhu and Kunal plan to go office together. Kunal gets to see the ladies making news of Mishti and his relation after seeing the picture in the newspaper. Abir asks Kunal does he really love Mishti. Kunal doesn’t answer him. The ladies gossip about Mishti’s character. Kunal wants to protect Mishti from taunts. He declares that he is sure of the alliance. He gets ready for the engagement and asks Mishti what is her decision.

Meenakshi receives a big shock with Kunal’s decision. Abir wants to stop Mishti from saying yes for Kunal’s alliance. He imagines to confess love to Mishti. When Mishti agrees to marry Kunal, Abir and Kuhu get heartbroken. Abir is in love with Mishti, while Kuhu is in love with Kunal. Nanu confronts Abir over his feelings for Mishti by putting up Mishti’s pictures on the wall in Abir’s room. Abir gets surprised seeing it. Abir tells Nanu that Mishti was never of him, he has lost her forever. He shares his feelings with Nanu. Nanu wants Abir to get his love.