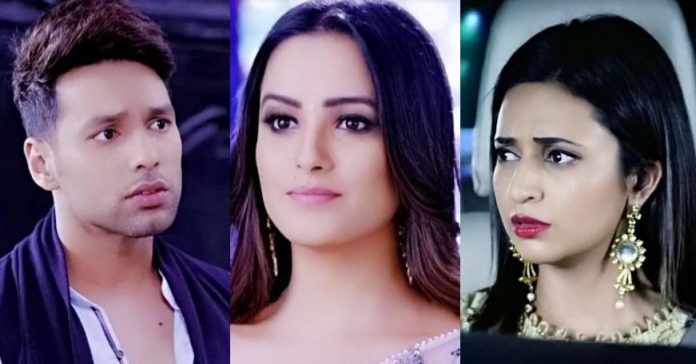 Yeh Hai Mohabbatein Revelation Time Sudha is worried for Rohan, who is missing from her sight. Karan breaks down and tells Sudha that he has failed to save Rohan. He can’t tell her how Rohan has died in the bomb blast. Sudha shatters knowing this ugly truth. Sudha asks Karan what is he saying and why, is this some lie to test her. She can’t believe the huge shock. Sudha wants to see Rohan once. Karan tells her that they didn’t get any remains of Rohan. Sahil doesn’t get his answers about Muskaan’s murderer. He tells his aides his next plan to get the truth out. Sahil barges into Rohan’s house for the funeral. This angers Raman a lot. Raman tells Sahil that they didn’t kill Muskaan. Sahil reprimands Raman for killing his sister and hiding the crime.

He wants to know who has killed Muskaan. He tells Raman that he will kill more people until he finds the truth. He isn’t ashamed of killing Rohan and pays condolences to Rohan’s family. Karan gets angered and vows to take revenge for Rohan’s death. Raman tells Sahil that they are innocent. He challenges Sahil to find the real murderer if he can. He asks Sahil to look at himself and his crimes, which are responsible for Muskaan’s murder. He says one of your enemies would have killed Muskaan. Sahil takes Raman at gun point. Ishita stops the fight. She asks Raman not to get into a fight with a don, who doesn’t care for anyone’s life.

She requests Sahil to stop this mess for once and all. She breaks down that Sahil is troubling them for no reason. She pleads to him to spare them. Sahil wants to believe Ishita, but suspects Bhallas. He tells Raman that he will find his sister’s murderer and kill that person. He tells them that Muskaan has named a Bhalla member while dying. He wants the culprit to accept their crime to save the family. Sahil gets mad in anger. Raman doesn’t want Sahil to spread his fear in the family. Ishita asks Raman to handle things in the family first. They head on for Rohan’s final rites. Sudha wants to take Karan with her to London.

Sudha tells Karan that they won’t stay back in the city, which snatched Rohan from them. She wants to protect her son Karan from Sahil. She tells him that she doesn’t want to take any risk again. She regrets that Rohan got killed in Bhallas and Sahil’s enmity. Karan tells her that Rohan decided to help Bhallas, when they asked him to withdraw his help. He tells how Bhallas have asked Rohan to save his life. Karan reveals his big decision to stay back and avenge Rohan’s death. He is ready to risk his life and get Sahil punished. Sudha doesn’t want Karan to invite troubles for himself.

Ishita promises to get Sahil punished. She requests Karan to stay safe and go with Sudha. Sudha tells Karan that she will stay with him if he wants to stay back. She doesn’t want to leave him alone. Karan wants her to go back to London and get her treatment done. Raman promises Sudha to protect Karan and take revenge for Rohan’s death. He tells her that Rohan and Karan are his sons as well and he will always keep Karan safe from now on. Sudha takes Raman’s word and leaves Karan with Bhallas. Vishal is scared of Sahil after seeing the clash with Bhallas. Yug and Ranbir ask Vishal why is he behaving weird. They ask what is he hiding.

Vishal begs them to let him go before Raman comes. Raman meets them and offers help to Vishal. He asks Yug and Ranbir to be with the family. Vishal gets scared of Raman. Raman asks Vishal not to hide anything from him. Vishal gets lying to Raman and runs away. Raman gets suspicious of Vishal. Bhallas are upset for Rohan’s death. They take care of Karan. Sahil gets hell bent to punish Muskaan’s murderer. He thinks the matter is getting serious since Muskaan’s murderer isn’t coming out in open. Raman and Ishita get a hint of the real murderer, who is related to Vishal.