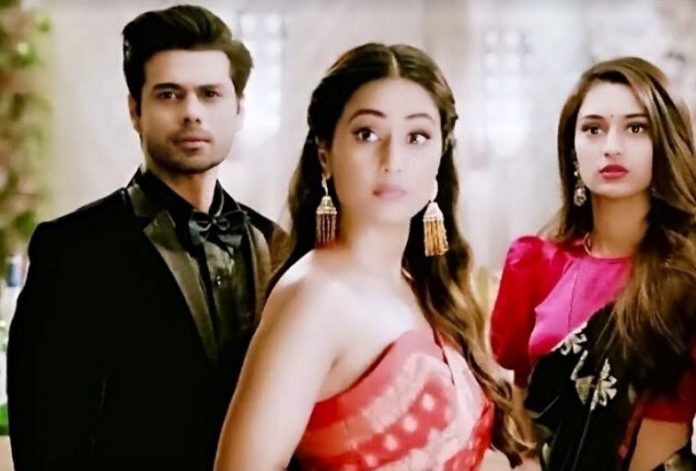 Tonight Kasauti Zindagi Komolika doesn’t like to accept the humiliation from Basus and plans to strike back. Mohini feels much guilty that she has got Anurag married to a wrong girl, Komolika. She regrets the fact that she got so blind in hatred for Prerna that she didn’t see Komolika’s evil truth. She apologizes to Anurag for ruining his life. She tells him that he has sacrificed his happiness for the family’s sake, and this is not she wanted from him. She wants her son to be happy with the one she loves and gets ready to accept Prerna as her Bahu. Anurag tells Mohini that he understands her sorrow and has forgotten everything. He asks her not to feel guilty since none of them knew Komolika’s hidden evil intentions. Even Nivedita regrets that she has misunderstood Prerna and blindly believed Komolika. She feels she should have known Komolika’s intentions.

Anupam consoles Nivedita and asks her not to blame herself for everything. Prerna meets her family and tells them that she has brought out Komolika’s truth, which made Basus throw out Komolika from the family. Veena alerts Prerna and asks her to not become Komolika’s target. Prerna is sure that Komolika can’t harm her. Anurag prepares to propose Prerna. He wants to tell her how much he loves her. Anupam helps Anurag once again and sends him to Prerna to break the ice.

Anurag goes to propose to Prerna for marriage, so that she gets all the due respect. Anupam asks Anurag not to delay more since its evident that Prerna loves him a lot. Anupam and Nivedita witness Anurag’s lovely proposal for Prerna. Komolika barges into the house and threatens them that she will ruin them. Prerna drags her out, which gets seen by Komolika’s family and cops. Komolika accuses Prerna for killing Vikrant. She accuses her in-laws for domestic violence and asks the cops to arrest them. Mohini tells the cops how Komolika has targeted her family. Komolika asks them to get rotten in the jail. She uses her dad’s political powers.

Anurag stops the arrest of his family. He tells her that he has the enough evidence against her and now even her dad can’t help her. He threatens Komolika and her dad to think of the risk of their political career getting ruined if Komolika’s madness footage gets leaked in the video. He threatens them to expose their evil deeds. Komolika gets helpless when she gets arrested. Anurag and Prerna make sure that Komolika doesn’t get the bail, and even her dad doesn’t help her. Komolika turns mad in revenge.