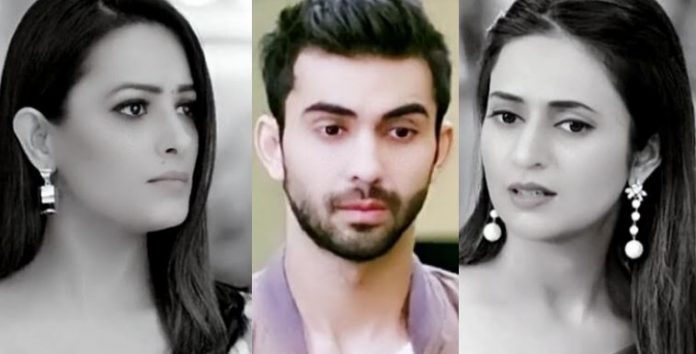 Yeh Hai Mohabbatein Upcomin Shocking twist. Raman reveals his plan to Ishita, Mani and Shagun. He lies to the family and goes to meet Vishal. He feels strange after witnessing Vishal’s behavior and fear. Ishita doesn’t think that Vishal is wrong. Shagun wants to find out about Vishal, so that they get some clue about the matter hidden by Vishal. Raman tells them to gather proof by their sources. Shagun promises to find out the truth by her NGO sources. She asks Ishita to be part of NGO dental camp. Ishita tells Shagun that she will help her. Raman tells Ishita that he wants to sponsor the camp. They make an excuse and meet again to discuss about Vishal. Ishita knows Vishal well and doesn’t think he will do anything wrong.

They reach Vishal’s house by a pretext and find his brother tied up. They can’t believe Vishal has done this. Vishal has a good image in their eyes since he had saved Ishita’s life before. Ishita wants to hear Vishal’s clarification. Vishal stops them from freeing his brother and reveals that his brother has become dangerous for others because of his drug addiction. His brother begs Raman for money. Vishal stops Raman from lending money to his brother. He feels sorry and asks them not to interfere in his life. Meanwhile, Karan is brought to Iyer house. Everyone gets caring for him. He sheds tears in memory of Rohan.

Ruhi finds Karan in a weak state and consoles him. She asks him to move on at least for Rohan’s happiness. She says Rohan would have wanted you to move on and stay happy, while doing his duties. She wants him to be busy in work so that his mind gets diverted. She offers him a new project and asks him to trust her. He wants to take revenge on Sahil. He asks Ruhi to support him in his aim. She asks him to be with Sudha and not do any foolishness. Vishal tells Raman that his brother has ruined his life because of his drug addiction. He wants to protect his brother. He is troubled by the truth that his brother has committed a crime.

He wants Muskaan’s murderer to get caught. He thinks Raman has planning something against him and not mending his ways again. He doesn’t want to spare Bhallas, who are hiding Muskaan’s murderer. Raman feels sorry to suspect Vishal before and tells him that he is always there to support him. Vishal also reveals Muskaan’s connection in the story.

Consequently, Vishal tells Raman that Muskaan used to handle illegal drugs and made his brother a supplier too. He regrets that his brother had become Muskaan’s puppet for the sake of drugs. He tells them that he has tied his brother to save his life. He requests Raman and Ishita to leave from his house and keep this matter a secret. Vishal’s brother angrily attacks him and demands drugs. Vishal handles him and hides the truth about Muskaan’s murder. Raman gets another clue which signs that Vishal and his brother are involved in Muskaan’s murder. Will Raman learn the truth and save Vishal from Sahil’s wrath? Keep reading.