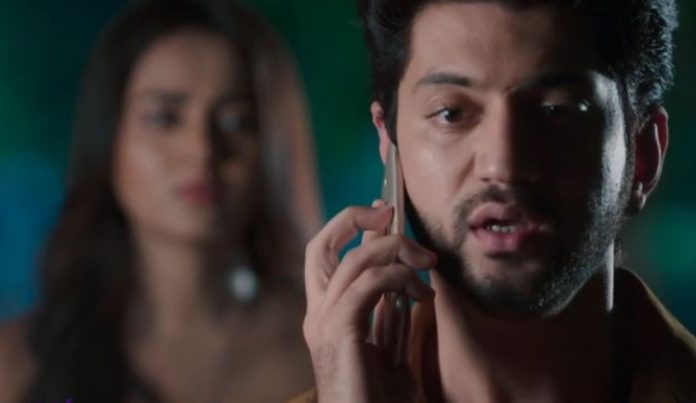 Mishti sheds tears seeing Veer sinking in his sorrow. She wants to spend her life with Ruhaan. She thinks Veer isn’t meant for her. She feels guilty and realizes that Veer isn’t a bad person, he can’t move on so easily after the break up. She feels responsible for Veer ruining his life to forget everything. Silsila Today Twist Shocking Ruhaan tells her that Veer loved her and he is very emotional about the people he loves, he will forgive her soon. He asks her to talk to Veer when he gets calmed down emotionally. He doesn’t want to tell anyone, except Veer. Ruhaan diverts her and asks her if she doesn’t care for him. Mishti wants to tell him that she has taken this big step, just for him.

On the other hand, Pari apologizes to Arnav as their friendship is lost somewhere. She asks him to vent out his anger and resolve the issues. Pari tells Arnav that she isn’t doing anything intentionally, she is in love with Ruhaan and she can’t help it. She asks him to accept the facts and not blame her or himself for this. She doesn’t think she is at any fault. She apologizes for breaking his heart. She misses her dear friend and wants him back. Arnav gets glad to know that he is very special for her.

Arnav asks her if she has moved on with Ruhaan. She gets speechless since she hasn’t spoken her feelings to Ruhaan yet. Pari tells Arnav that she didn’t tell anything to Ruhaan, but she feels that Ruhaan loves her. Arnav tells her that he is really happy for her. She gets thankful to him. Arnav wants her to be happy with anyone she chooses. Sukamini gets hopeful that Pari is missing Arnav in her life and maybe its love. Arnav tells Sukamini that he is happy that Pari missed him and came back to him. He is content that Pari knows his worth. He stays positive and thinks he will get Pari’s love one day.

Mishti gifts a token of love to Ruhaan. He expresses his love for her. Mishti tells Ruhaan that she loves him a lot. Ruhaan jokes with her in order to make her confess love. Ruhaan and Mishti have a moment of love. Ruhaan gets a shocking call about Veer. He tells Mishti that police has arrested Veer since Veer has hit someone by his car, while driving in a drunken state. Mishti can’t believe this. They rush to reach the police station and help Veer.