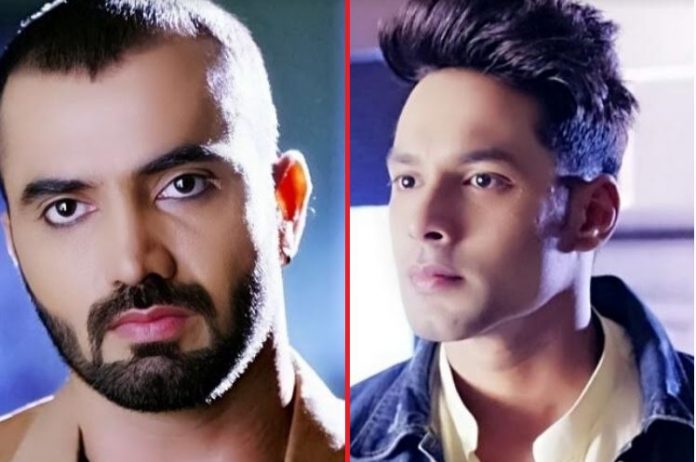 Yeh Hai Mohabbatein Karans Shocking Move Raman gets close to discover the shocking truth about Vishal. Ranbir fools Vishal to keep him away from the house until Raman interrogates Naveen. Vishal doesn’t doubt on Ranbir. He has to protect Naveen. He goes to check on Naveen. He finds Naveen missing and gets panicking. He gets a threatening call and tells the person that Naveen is innocent and didn’t kill anyone. He breaks down that Sahil will kill Naveen. Raman gets Naveen back home and asks Vishal why would Sahil take revenge on them. Vishal admits that he has killed Muskaan while saving Naveen from the drugs. He gets happy that his brother is fine. Raman can’t believe that Vishal could kill someone.

On the contrary, Ruhi explains work to Yug at office. Ishita gets happy to see her children working well. Ruhi and Yug cover up for Raman’s absence. Vishal tells Raman that he has killed Muskaan in self defense. He doesn’t want Sahil to know this truth. He fears that Sahil will kill his family. Ruhi then tells Ishita that Raman has gone to Vishal’s house, but is misleading Sahil’s men. Raman asks Vishal to calm down and let him find some solution. Vishal tells Raman if Sahil finds out the truth, he will destroy everything. He can’t face Sahil and his wrath. Naveen is also afraid for Vishal’s life.

Yug calls Ranbir to know about Raman. Ishita asks Yug if he is hiding something crucial which she should know. Raman assures to Vishal that Sahil won’t harm him. Yug shares Raman’s findings with Ishita. She rushes to meet Raman and Vishal. Sahil learns that Raman isn’t at his office. He asks his men to follow Ishita and reach Raman. Raman tells Vishal that he suspected him by deriving the meaning of his drama. He asks Vishal what happened that day that Muskaan got killed accidentally. Vishal reveals the back story that he was saving Naveen from the drug suppliers.

Vishal met Muskaan to teach her a lesson. He warned her against selling drugs to Naveen. After a heated argument with Muskaan, Vishal decided to file a police complaint against her. Muskaan had tried to kill Vishal. He tells Raman that he just defended her attack and she got stabbed by her own hands. He didn’t intend to kill Muskaan. He left her dying to save his life. Raman asks Vishal not to feel guilty of the murder, Sahil can’t harm him, since it was just self-defense. Vishal tells Naveen that they will leave the city and also keep their parents away. He wants to run away from Sahil’s reach.

Ishita meets Vishal, unaware that she is being followed. Manish gets misled about Ishita and stays outside her clinic. Raman tells Ishita that Vishal has killed Muskaan in self-defense. Ishita doesn’t want Vishal to run away, else Sahil will find him wrong. She asks him to seek help from Bhallas. Sahil can’t understand why Rohan’s death didn’t make a difference to Raman and Ishita. He wants to give them a bigger shock so that Muskaan’s murderer surrenders. Karan comes to join hands with Sahil. He offers help to find Muskaan’s murderer. He makes a shocking offer to Sahil.

Sahil can’t believe that Rohan’s brother is coming to help him. Karan tells Sahil that Raman and Ishita are responsible for Rohan’s death. He tells Sahil that he has shifted to Iyers to keep a watch on them. Sahil gets a new aide, Karan. Karan conspires to ruin Sahil. Sahil thinks Karan is still against Bhallas, he can use him as long as Karan stays loyal to him. Karan informs Raman that he has won Sahil’s trust. He executes Raman’s plan against Sahil.