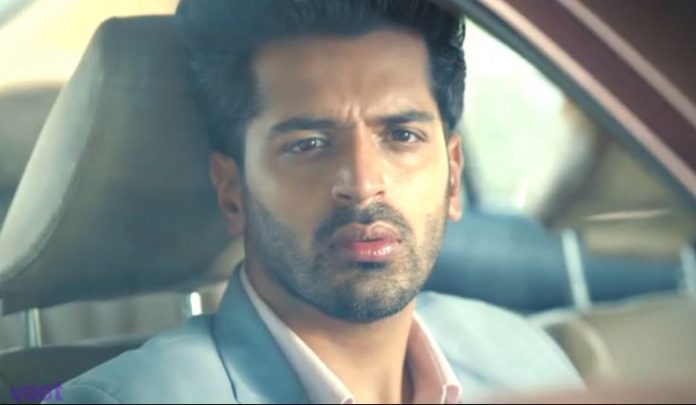 Silsila Veer faces Shocker Ruhaan suggests Mishti that they should take some time to tell Veer about their relationship. He asks Mishti to control her feelings and not let anyone know about their love, so that Veer’s heart doesn’t break. He asks her to stay away from him for a while. Mishti doesn’t promise him. She tells him that she loves him a lot and can’t live without him. Ruhaan convinces her to be strong, until he tells Veer about the reason behind Mishti and Veer’s breakup. Pari informs Ruhaan that Mishti isn’t coming for the award function. Ruhaan finds Mishti upset with his decision. Pari tells Ruhaan that they will be attending the award function together. Pari is happy seeing Ruhaan’s concern for Mishti.

She wants Ruhaan’s terms to get better with the family, so that nothing goes wrong in their relationship. Ruhaan feels helpless that Mishti is maintaining a distance from him on his saying. On the other hand, Veer regrets to lose Mishti. He ruins his life because of the big sorrow of his broken alliance. His mum advises him not to spoil his life for Mishti, who didn’t deserve him. She is sure that Mishti has someone in her life. She tells Veer that Mishti is seeing someone, else she would have not broken up and stayed so happy. Veer agrees with his mum. He is aware that Mishti is in love with someone, since she has given this same reason for the break up. He isn’t able to forget Mishti. He cries out his pain to his mum.

Veer is in pain and wonders how is Mishti sensing his pain for a moment. He doesn’t know how can she get so heartless. His mum tells him that Mishti never loved him, that’s why she isn’t able to care for his bruised heart. Veer gets into hatred mode for Mishti when he gets certain that Mishti is dating someone. He wants to know who is in the person in Mishti’s life. Mishti gets Ruhaan’s t-shirt by mistake and wears it. Ruhaan compliments her for her new look and asks her for t-shirt. They have a moment and express love. Ruhaan tells her that he loves her a lot. Mishti too madly loves him. Mishti and Ruhaan hide themselves from Radhika.

Their romance goes on. Mishti tells Ruhaan that she is trying to take little steps in staying away from him. Mishti thinks of Veer’s pain. She feels bad for Veer. She doesn’t want Veer to land in more trouble because of her. Ruhaan gives a task to Mishti to shop for him. Radhika asks Mishti to shop for Pari, she doesn’t have any dress for the big event. She asks Mishti to attend the function with Pari. Mishti gets the shopping tasks. Veer gets a new aim in life, that’s to find Mishti’s lover. He spots Mishti with Ruhaan. It can’t get more shocking for Veer than this. Veer wants to know what’s cooking between Mishti and Ruhaan.