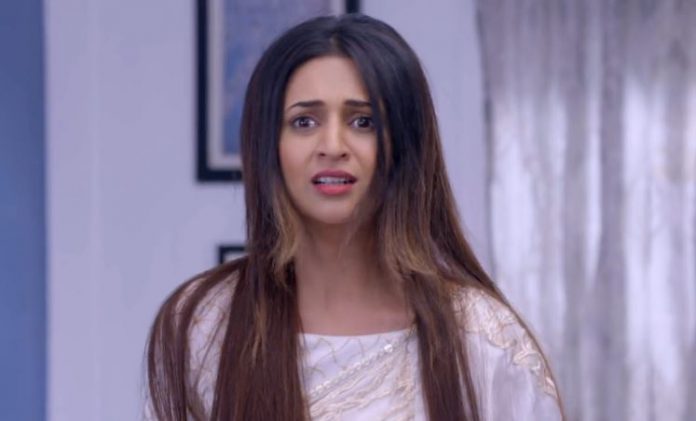 Yeh Hai Mohabbatein Shocking Crisis Bhallas and Iyers are happy and celebrate Sahil’s arrest. Raman likes the happy wave in the family, while Ishita worries because of Sahil’s warning. Raman doesn’t want Ishita to stay in tension. He tries to make her smile. He tells her that they have won over Sahil and now Sahil is behind bars. He asks her not to worry about Sahil’s threatening. Ishita feels Sahil has a back up plan and will take revenge on them.

Raman tells Ishita that Sahil couldn’t know their plans, he can’t be prepared already. She alerts Raman that Sahil is very much cunning and is always ahead of his enemies. She doesn’t want Sahil to get any chance to hurt her family. Raman assures that Sahil can’t get the bail. Shamshad struggles to meet Sahil and get him the bail. He creates a scene in the police station and meets Sahil.

Raman and Bala get the cameras removed. They wonder how many cameras had Sahil set up in their house. The family prepares to leave for the temple to offer prayers. Sahil meets Shamshad and shares his next plan against Bhallas.

He tells Shamshad that he won’t need the bail, since Bhallas will withdraw the case. He asks Shamshad to send his phone to Bhallas, which contains a shock for Ishita. The family returns from the temple and cherish their good moments of freedom. They vent anger on Sahil, knowing he is in jail now. Having many laughs, they stay happy and relieved. Raman goes to give a rose to Ishita and surprise her with his gesture.

He wants Ishita to stay happy. The family catches them in the romantic moment and laugh. Ishita gets a phone delivered. Its gifted from Sahil. She gets a shocking call from Sahil’s clients who chase her, since Sahil has given her an identity of Shaina Shah. Ishita gets troubled when Shaina’s identity is forced on her. Raman tells the man that there is no Shaina and he shouldn’t bother them again. The man threatens them of dire consequences. Sahil wants to hunt for Raman and Ishita. He has laid the trap for Ishita cleverly. He wants Ishita to get trapped in the illegal activities.

Ishita tells Raman that she was aware that Sahil will do something against them. Sahil was also aware that Raman and Ishita would try to trap him and made this back up plan. He has presented Ishita as his wife Shaina.

He wants Ishita to get trapped in his crimes. He plans to project Ishita as a big criminal. He knows that Ishita will be behind bars now and he will get free. He is happy to ruin Raman’s peace. Raman wants to take help from police commissioner. Ishita tells them that Sahil will not spare them at any cost. The happiness of the family is short-lived. They still try to stay normal and tension free.

Ishita gets more calls from Sahil’s clients. She tries hard to explain that she isn’t Shaina. Raman stops her from destroying the phone. He wants to give the phone to the commissioner. Raman tells her that he will sort out everything. The family tries to lessen Ishita’s tension. Shamshad meets Ishita and addresses her as Sahil’s wife Shaina. He tells her that she has to lead Sahil’s business now. Raman and Ishita try to get help from the commissioner and fail to defend themselves. Commissioner gets the evidences against Ishita, plotted by Sahil. He apologizes to Raman and breaks the shocking news that he has to arrest Ishita for the no-bailable offenses. Will Raman save Ishita from Sahil’s new trap? Keep reading.