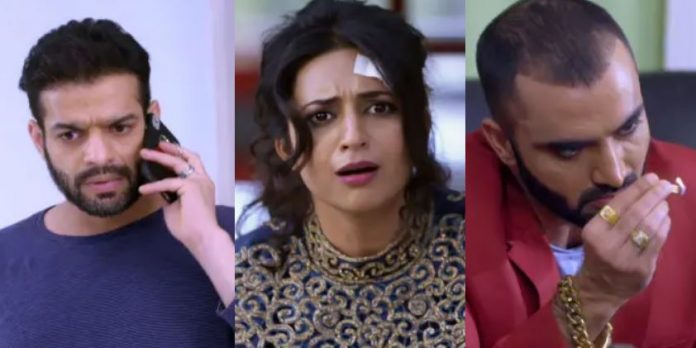 Yeh Hai Mohabbatein Ishita Horrific Sahil makes a plan to give Shaina’s identity to Ishita so that she gets trapped in all the illegal activities and rackets run by Sahil. He employs Shamshad in his plan and asks him to bother the Bhallas furthermore so that their courage breaks down. Sahil wants Raman to come to him and beg for saving Ishita. Shamshad asks Ishita what shall he do next. He irritates her by calling her Shaina. Raman scolds Shamshad for his nonsense and understands Sahil’s plan. Shamshad tells them that Shaina is the mastermind behind Sahil’s plans. Shamshad upsets everyone by his cheap talks. Yug slaps Shamshad and asks him not to dare trouble the family.

He defends Ishita and throws out Shamshad. Raman and Ishita meet the commissioner and reveal about Sahil’s evil plan to frame Ishita. They try to get help from the police. Bhallas get a shocking parcel. Ishita receives black money and worries. She tells that she isn’t Shaina and she won’t do any work of Sahil. Commissioner summons Raman and Ishita. Shamshad tells Sahil that very soon Ishita will be trapped. Sahil asks Shamshad to prove Ishita wrong so that Raman loses the game. Commissioner tells Raman that the evidences are against Ishita and now she has to get arrested for the serious crimes.

Ishita tells him that Sahil has blackmailed her and she did everything to save Ruhi’s life. She reveals how Sahil has forced this false identity on her. Commissioner gets Ananya and shopkeeper, who give the statement against Ishita. He tells Ishita that the case will go in the court. Raman fails to convince the commissioner. Shamshad tries to get Sahil bailed out. He doesn’t get the bail. He wants Raman to withdraw the case on Sahil. Raman returns home in sorrow and reveals the shocking news of Ishita’s arrest.

Karan loses his cool and goes to Sahil’s place to beat his goons. Raman stops Karan from the fight and asks him to think of freeing Ishita. Raman doesn’t want Karan to fall in any trouble. He meets Ishita at the police station and tells her that he will soon get her freed. He asks Ishita to be strong and hopeful. She understands that Raman is working hard against Sahil. She shows her belief in Raman and asks him to take care of the family in her absence. Raman worries for her. He dreams that she has got hanged to death. He wants to get Ishita home.

Yug finds Raman in pain and tells Ruhi that they have to find the evidences in Ishita’s favor. He tells Ruhi that he can’t see Raman and Ishita separated. Mani tells them that Sahil is much cunning and they have to think the same way as Sahil so that they can save Ishita. Raman’s lawyer gives up and tells him that nobody can save Ishita from the accusations now. Mani and Raman want to save Ishita some how. Lawyer tells them that Ishita won’t even get the bail if the case reaches the court.

Raman recalls his promise to protect Ishita and family. He wants to save Ishita at any cost. Raman finds the family suffering and wonders what is Ishita going through in he lockup. Ishita is innocent, and still can’t help herself. She just wishes that her family stays safe and Sahil doesn’t trouble them further. She is ready to make a sacrifice of her life peace and happiness to save Ruhi from the ugly mess. Raman knows Ishita’s sacrifices for Ruhi and respects her. He promises the family that he will save Ishita. He turns helpless to meet Sahil and take his help in freeing Ishita from the blames put on Shaina Shah.