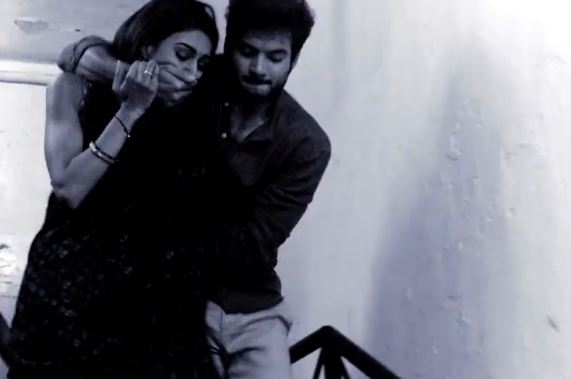 Kasauti Prerna Shocking kidnapping. Anurag tries to talk to Prerna and assure her that he is with her. Chobey doesn’t want to spare Prerna. He got Ronit arrested on Anurag’s threatening. He feels Prerna has killed Komolika. He wants revenge on Anurag and Prerna. Basus sigh a relief. Mohini asks Veena to leave from the house. Veena regrets that Mohini didn’t change. Veena cries and is happy that Moloy has come back and its really a good news for them. Moloy also gets emotional and misses Rajesh. Anurag and Prerna see off Veena and Shivani. Prerna makes haldi milk for Anurag. He thanks her for always supporting him. Prerna too thanks him for protecting her.

They both share the haldi milk when he refuses to drink it. Anurag and Prerna have a cute love moment. Anurag and Anupam play chess. Anupam asks him to stay with Prerna always, its time he should propose Prerna and start a new life soon. Anurag makes a plan to spend time with Prerna and express his feelings to Prerna. On the other hand, Mishka meets Ronit in the jail and tells him that he is wrong about Prerna, Komolika was wrong and she has paid for her own mistakes. She asks Ronit not to get angry and revengeful, Anurag and Prerna love each other and Komolika intentionally tried to make them away.

Anurag and Prerna have romantic moments, which get witnessed by Anupam and Nivedita. Mohini too finds Anurag and Prerna close. She gets angered and breaks the vase. She asks Prerna to go for shopping with Tapur. She wants to make Prerna away from Anurag. Prerna gets kidnapped by Ronit. Ronit clicks her picture and sends it to threaten Anurag. Prerna isn’t scared and threatens Ronit. Ronit tells her that he will not spare her this time, she will pay for Komolika’s murder. Prerna defends herself that she didn’t kill Komolika.

She warns Ronit to leave her, else she will show her wrath. Ronit wants Anurag to come to save Prerna, so that Anurag falls into his trap. Prerna struggles to run away, but gets caught by Ronit. Anurag gets worried for Prerna and want to save Prerna. Anurag will be soon saving Prerna and also learn about Prerna’s pregnancy.