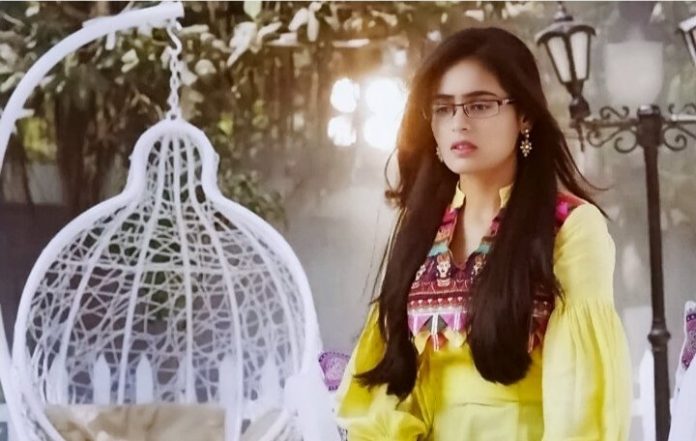 Star Plus Rishte Pyaar Ke Meenakshi wants to stop the engagement since Mishti isn’t right for Kunal. She wants to use Naman and create a drama in the engagement. She wants to break down Mishti’s courage and dreams. She gets revengeful against Mishti. Parul worries for Mishti’s future. Abir wants to explain Kunal that Mishti isn’t wrong. Nanu asks Abir to leave Kunal, since its not about Kunal and Mishti now. He insists Abir to think of completing his love story. Meenakshi wants to find the perfect life partner for Kunal. Abir feels sad seeing Kunal’s sorrow. Kunal is hurt that Mishti has gone against him. Mishti is also in sorrow and feels Kunal isn’t understanding her. Abir wants to avoid the engagement event and leaves the house. Meenakshi meets Naman and invites him in the engagement, to break the alliance for once and all.

Naman will be arriving at Maheshwari house. Nanu calls Abir and tells him that Mishti doesn’t love Kunal, she doesn’t want this marriage to happen. Abir tells Nanu that he knows Mishti loves him and he is coming back to meet her. Nanu waits for Abir. He wishes Abir comes soon and stops the engagement. Meenakshi also wants to stop the function. Mishti is upset thinking about Kunal and Shweta’s past.

Rajshri and Kunal find her in a dilemma and ask the reason. Mishti doesn’t confront Kunal. Abir is too happy that Mishti isn’t happy with Kunal and doesn’t have feelings for Kunal. He wants to tell Kunal that Mishti is just made for him. Naman comes to Maheshwari house and creates a huge drama. He tells Meenakshi that he is Mishti’s father and he will do the ritual. He asks her to give him the right to conduct the ritual. Meenakshi allows him to continue his wishful. Kunal worries seeing the unwanted drama. Mishti wants Naman to leave. Meenakshi plans to make the chandelier fall on Mishti so that the function stops.

Star Plus Rishte Pyaar Ke Upcoming. Mishti dances in the function and feels lack of support from Kunal. She wishes Abir comes and supports her. She doesn’t know if she should talk to Kunal. Abir tries to get lift and reach home soon. Meenakshi picks Naman’s phone and gets hurt. She wants to know Naman’s plans. Meenakshi tells Parul that they have to stop Naman some way. Abir reaches the function and supports Mishti. He stands by Mishti to fail Naman’s plans. Abir saves Mishti and Meenakshi from the falling chandelier.