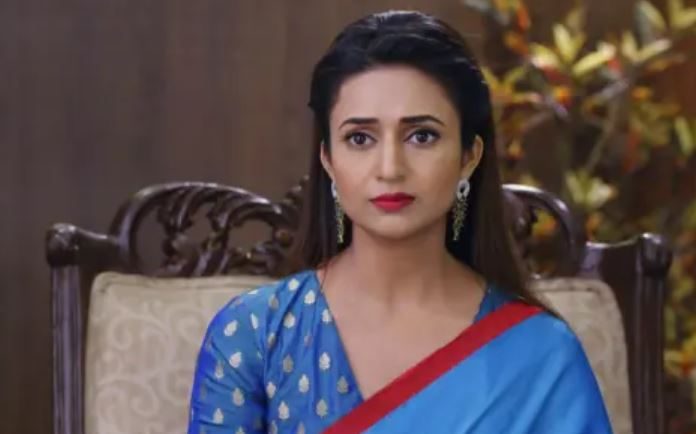 Yeh Hai Mohabbatein Confession Time Raman fails to get the bail for Ishita when Ananya goes missing. Ruhi and Yug tell Raman that they had gone to Ananya and convinced her, but Ananya is missing since she promised to help Ishita. Ananya gets kidnapped by Sahil’s men. Raman gets stressed and scolds Ruhi. He gets angry on them for losing the chance to get Ishita freed. Mani tries to help Raman. He tells Raman that he will talk to the commissioner. Raman tells him that commissioner isn’t able to help them. He doesn’t know what to tell Ishita, that he has failed to save her. Mani is sure that Sahil’s plan will have some loop hole, they will crack his plan and save Ishita. Ruhi meets Ishita and gets emotional.

Ishita doesn’t tell anything to her about Sahil’s plans. She asks Ruhi not to cry, and have faith in Raman. Ruhi tells her how their plan flopped because of Sahil again. Lawyer tells Raman that there is no way to prove Ishita innocent, Sahil has made a wise plan and it can’t be cracked. Ishita wants Ruhi to be strong, so that Raman doesn’t break down. She enjoys the homemade food in the jail. She thanks Ruhi for bringing the food. She instructs Ruhi to become Raman’s strength.

Raman and Mani speak to the lawyer and learn the huge threat on Ishita because of the serious crime charges on her posed by Sahil. Raman gets worried because of his scary dream. He gets fainting in tension. He falls sick and wants his Ishita back. Everyone takes care of Raman. They wish everything gets fine soon. Shagun and Mani try to find some help source for Bhallas. Shagun asks them to accommodate a NGO lady at home. Bhallas agree to help the lady. Karan and Yug want to save Ishita some how. They have no plan to make Sahil reveal the truth. Aaliya gets angry when Yug doesn’t talk to Vishal in front of her.

Yug wants to talk to Vishal in private. Aaliya and Yug get into an argument. He apologizes to her. She gets disappointed with his strange behavior. Yug wants to spend time with his friends. Vishal tells them that he will go to Sahil and confess the crime, he can’t see Ishita in such a trouble. Raman stops Vishal from making the confession. Vishal is indebted by Raman’s favors. He wants to save innocent Ishita. Raman asks Vishal to not accept his crime, else Sahil will kill him. Vishal goes to meet Sahil. He reveals the shocking truth that he has killed Muskaan. Sahil can’t believe this unexpected confession from Vishal. Vishal tells Sahil that Ishita is innocent, Bhallas aren’t guilty.

He reveals how Muskaan ruined Naveen’s life by making him a drug peddler. He also tells how Muskaan tried to stab him. He swears that he killed Muskaan in self-defense. Sahil asks him if he is saying this to save the Bhallas. He wants Vishal to speak the truth. He thinks Vishal is a liar and is sent by Bhallas. He wants Ishita to pay for Muskaan’s murder. Vishal tells Sahil that Ishita didn’t kill Muskaan. Vishal fails to convince Sahil. He tells Yug that he tried a lot, but couldn’t help Ishita. Raman meets Ishita and feels bad that he isn’t able to help her. Ishita asks him not to take stress.

Raman meets the commissioner and asks him to bail out Ishita. He knows Sahil has given Shaina’s identity to Ishita. He makes a plan to send Ishita to Sahil’s network so that she gets exposes real Shaina. He takes the big risk. He has this dangerous plan which can put Ishita in trouble. He tells the commissioner that he has no way to prove Ishita innocent. Raman and Ishita make an idea to get the bail by hiring Sahil’s lawyer. Ishita is ready to gather evidence against Sahil, so that she can save Ruhi and the family.