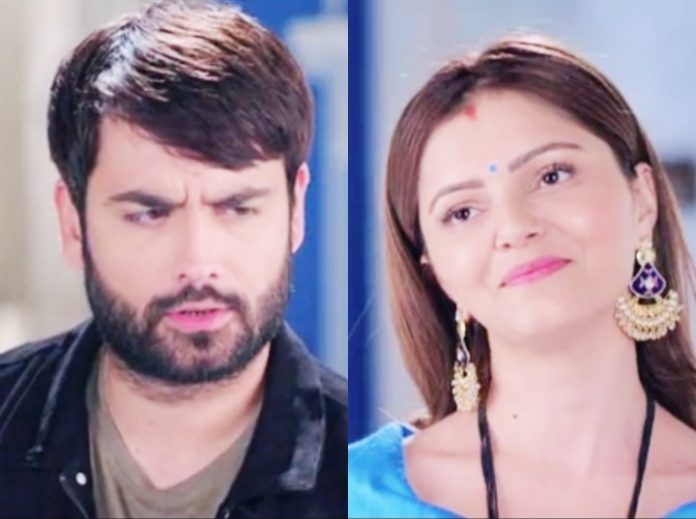 Colors Spoilers Shakti Jhansi Ki Rani: Manu plans to help Ghouse Khan escape from Jhansi’s jail with the help of Tatya Guru. She asks him to get ready for tonight. Later in the night, she wears the soldiers’ clothes and jumps down from the balcony. Gangadhar sees her leaving from the Palace secretly and understands that she is going for some mission again. He gets upset with her and says there is a limit for everything, she has crossed all limits. He decides to punish the guilty and asks his vahinis, Janki Bai, Saku Bai and Laccho bai to ask Rani Lakshmi Bai to leave from the Palace. The trio rejoices with Gangadhar’s decision to throw Rani Lakshmi bai out from his life. Manu and Tatya Guru come to the Jhansi’s jail and make Ghouse Khan flee. They plan to get the explosives from him to blast the railways.

Shakti: Soumya is dancing in the party attended by Harak Singh’s family. Harman reaches there and holds Soumya’s hand to stop her from dancing. Preeto feels humiliated hearing neighbors taunting them that their bahu is dancing. Soumya dances there as a kinnar to bring the auspicious moment. Harman doesn’t want Soumya to dance and asks her to go from there. He realizes that he was tough with Soumya and did injustice with her. Soumya is very heartbroken and shuts all the doors taking her to Harman.

Main Maayke Chale Jaungi: Satya questions Shalini about her claim that Jerry is Samar’s son. Shalini tells that this is the truth and asks them to get the test done to confirm. Satya says they will get the DNA test done. Jaya is shocked and upset with Samar. Vicky brings the reports. Jaya tells that she will check the reports as she will be the one who will be most affected with the truth. She checks the report while others get tensed.

Main Bhi Ardhangini: Madhav takes Vaidehi out to have chaat. Chitra enters her, making her faint down. Later, Vaidehi gains conscious and calls out Madhav worriedly. She finds him having chaat with her lookalike and gets shocked. She realizes someone is doing all these things to malign her reputation and tells this thing to Madhav and the family members. Nilambari returns home.

Ek Thi Rani Ek Tha Ravan: Raghav stops Rivaaj from slapping a Servant and repairs his jeep surprising him. Rivaaj scolds Rukmani when she offers to help him and towel his hairs. Rukmani gets hurt. Rani and Raghav have a romantic moment. Rani hugs him happily. Premlatha sees Rani setting her bed on the couch and thinks this marriage can’t stand. Later, Rivaaj gets terrified seeing Anjali hanging on to the tree. Raghav and Rani manage to get her down from the tree. Rivaaj comes there holding the grass knife, but couldn’t see Anjali. Anjali feels happiness to see the fear in Rivaaj’s eyes. Raghav tells Rani that he can’t believe that his family is doing this for wealth and says my important days and years are ruined because of Rivaaj. He says he will take revenge from Rivaaj. Premlatha overhears them.