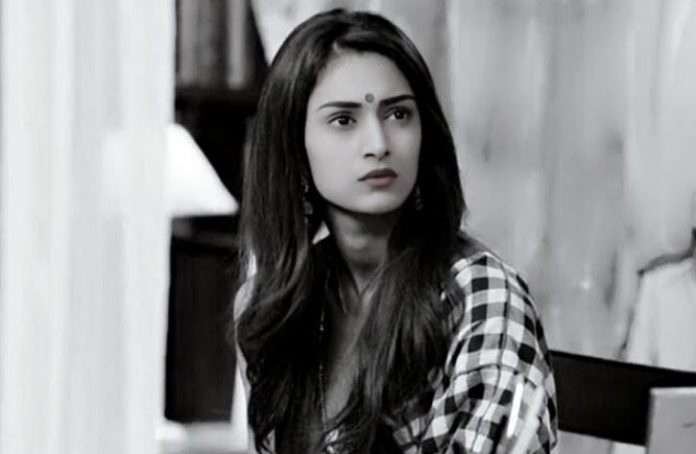 Mohini tries to keep Anurag and Prerna away. She doesn’t want Anurag to confess love to Prerna and marry again. Mohini is still against Prerna. She wishes that Komolika wasn’t so evil. She asks Anurag to come with her for a talk. Anupam and Nivedita want Anurag and Prerna to unite. Prerna gets arranging things for Tapur’s mehendi ceremony. Nivedita asks her to come along for the shopping. They head for the mall. Kasautii Zindagii Kay Kidnapping ahead. Mishka tells Ronit that Komolika was at fault, and Anurag didn’t do anything wrong with her. When she defends Anurag and Prerna, he tells her that she can’t be his sister, who isn’t caring for Komolika’s death. He asks her how can she tell this that Prerna is right on her front. He asks inspector to make Mishka out, she isn’t related to him.

Mishka asks him to understand that its tough to handle Komolika’s stubbornness. Ronit wants to take revenge on Anurag and Prerna. She warns him against harming Prerna. He swears to kill them and take revenge. He wants to get free from the jail. Anurag wishes to tell Prerna about his feelings. He calls her up and tells her that he wants to talk to her. He gets nervous and doesn’t tell her. He wants to talk to her face to face and confess love. Nivedita and Prerna shop for Tapur’s clothes. Prerna gets saved from the goons, when she rushes to save a little girl from falling down. Prerna cares and gets emotional knowing the girl is mute.

She asks the family to take care of the little girl. The goon follows Prerna and waits for her to get alone. Prerna sends time with the girl. The goon finds a chance to corner Prerna. He points a knife at her and gets her out. Prerna tries to escape. She gets help from someone. She receives a shock when Ronit catches her. Ronit sends his goons to get her. He gets her phone and wants to break the kidnapping news to Anurag. Nivedita misses to find Prerna. She calls Anurag and asks him to call up Prerna to know where is she. Anurag calls up Prerna. Ronit takes the call and tells him that he has Prerna captive with him.

He sends Prerna’s kidnapped picture and asks Anurag to save her if he can. He starts torturing Prerna. The little girl signals Nivedita about Prerna’s kidnapping. Ronit wants to give a painful death to Prerna. She doesn’t get scared and warns him of dire consequences if she gets saved from his clutches and gets into anger mode. Nivedita gets worried when the girl’s grandmother tells her about the goons taking Prerna away in the van. Nivedita rushes to save Prerna and sees the van speeding away. She fails to save Prerna. Nivedita informs Anurag about Prerna’s kidnapping.