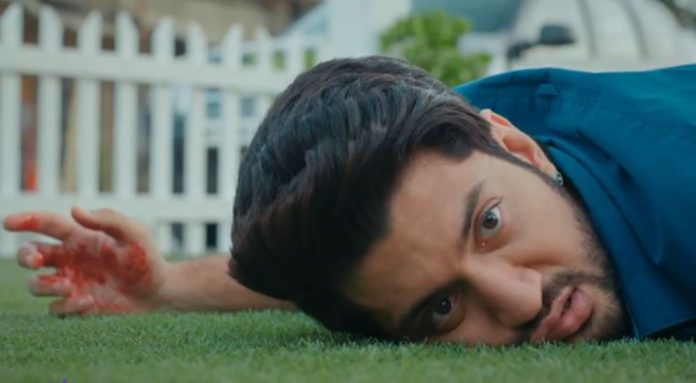 Silsila Shocking Attack Ruhaan Mishti goes to meet Ruhaan and isn’t aware that she is being followed by Veer. Veer wants to know who is Mishti dating and why. He hears Mishti’s lovey dovey conversation with her boyfriend. He awaits the moment when he finds Mishti’s lover. Ruhaan reaches Mishti and asks her to tell him that she loves him. He wants to hear her love confession. They finally meet and have their romance going. Mishti and Ruhaan get happy in their world. Mishti’s love confession gets interrupted by Veer, who attacks Ruhaan, on knowing that Ruhaan has cheated him so badly. Mishti witnesses Veer’s deadly attack on Ruhaan and gets terrified. Veer yells at Mishti for breaking his heart for Ruhaan’s sake.

Mishti gets this shocker and watches Ruhaan in pain. She asks Veer to let her help Ruhaan. Veer leaves Ruhaan in the injured state and takes away Mishti with her. This shocker turns out to be Mishti’s nightmare. She worriedly rushes to check on Ruhaan. She doesn’t wish Veer to really take such a step. She gets restless and want to see Ruhaan once. Ruhaan is busy in his meeting. Mishti calls him up and learns that he is fine. She tells him that they shouldn’t delay further and tell Veer about their alliance. She is hopeful that Veer will understand her. Ruhaan agrees to meet Veer.

Radhika and Sukamani spend time and discuss the lives of their children. Pari gets hurt. Ruhaan cares for Pari which gives her new hopes for winning his love. She thinks this is the best time to confess love to him. She struggles to confess love to Ruhaan. She gets nervous and starts talking weird things instead delivering a confession. Ruhaan dresses Pari’s wound. Radhika turns up home and worries for Pari.

She wants Pari to be careful and look after herself. Pari tells Ruhaan that she has to go for her work. Ruhaan wants her to take rest. He asks her to send Mishti for the work. He tells her that he will call Mishti and manage the work. Pari gets delighted seeing his concern for her.

Ruhaan and Pari’s friendship gets misunderstood by Radhika. She finds Pari in love with Ruhaan. She thinks its mutual love and maybe Ruhaan loves Pari too. She wants to tell Mishti that Pari has found her love in Ruhaan. Pari tells Ruhaan that she will keep the arrangements done for their get together plans. Radhika is happy for Ruhaan and Pari. Veer is heartbroken. He doesn’t want to meet any girl for the alliance talks. The ladies taunt Veer’s mum for his breakup. Veer’s mum finds hard to answer the neighbors. /p>

Veer gets angry when the neighbors upset his mum by their nonsense talk. Veer gets accused wrongly. He gets to overhear their taunts when they tag him as a gay. Veer answers the ladies and tells them that he isn’t gay, but a straight guy. He is troubled by the sorrow Mishti has given him. He wants to know about the guy Mishti loves. He happens to come across Mishti and Ruhaan. Ruhaan plans to meet Veer and reveal his relation.

Ruhaan learns about Mishti’s nightmare. He tells Mishti that they will tell the truth to Veer and handle the situation. Veer finds Mishti with her lover. He loses his cool and doesn’t stop himself from knowing her lover’s identity. Mishti fears that her dream will turn true and Ruhaan will be in big risk once Veer learns about him. Mishti feels that something wrong is about to happen. Ruhaan gets helpless when Veer’s mum accuses Mishti for Veer’s heartbreak and pain.