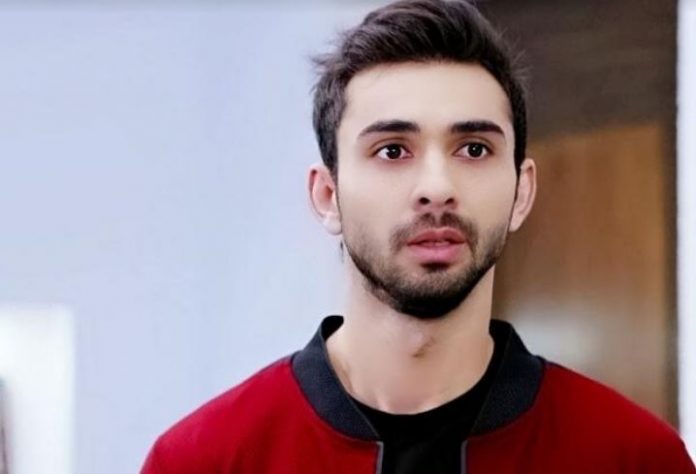 Star Plus Mohabbatein Rishtey Pyaar Ke: Neha’s big accusation on Yug turns shocking for the family. Neha asks Aaliya to remember how Yug hides the matters from him. She asks Aaliya to know the truth from Yug’s friends. Yug tells Aaliya that Neha is uttering nonsense, her words have no truth. Neha shows Yug and her marriage photo in her phone, which makes everyone worried. Aaliya slaps Neha. She tells Neha that she will not believe anyone randomly. She tells Neha that she believes Yug and his love, they have fought against many odds to unite. Neha wants to keep the family diverted, since she also works for Sahil. She ruins the Bhalla family peace. Yug defends himself and calls the photo a fake one. Ishita doesn’t want to believe Yug, since he isn’t their family. Yug gets too hurt by Ishita’s words.

Abir and Mishti’s Yeh Rishtey Hai Pyaar Ke: Abir makes an entry in the engagement, which turns Mishti happy. Abir dances in the function. He wants to confess love to Mishti. Naman goes to attend a call. Meenakshi’s aide makes Naman fall down on the chandelier level. The chandelier gets falling on Meenakshi, who plays Sitar in the party. Mishti runs to save Meenakshi from the troubles. Meenakshi had already safeguarded herself by Parul’s help. Mishti saved her life and wins Abir’s heart again. Kunal is also impressed with Mishti. Abir asks Vishwamber to check the lever room once.

Abir and Kunal shout on Naman and want to give him to police. Naman scolds Rajshri for framing him in murder case before. He blames her for framing him again. Rajshri angrily blurts out the truth that Naman had attempted to kill Naitik and that’s why they had sent him to jail. Mishti can’t believe this shocking truth and shatters. She goes out and cries. Kunal tries to console her. Mishti learns the truth which Rajshri has hidden from her for years. Kunal misunderstands Mishti’s words and asks her if she wanted the family to hide this matter from them. Kunal asks Mishti to tell him what else is she hiding from them. Mishti tells him that even she didn’t know this about her dad.

Kunal doesn’t believe her and calls her a liar. He asks Mishti why did she not tell about her dad, who is a criminal. He tells her that she has always lied and did things what she wished. She tells him that their relation will work if they trust each other. He tells her that he didn’t hide anything from her. She confronts him about Shweta. Kunal turns angry and tells her that its a little thing which doesn’t need to be mentioned. Mishti tells him that still she has a right to know about it.

Meenakshi calls off the engagement and tells Rajshri that they will meet some other way. Rajshri asks Meenakshi to let the engagement happen. She asks Kuhu to go and call Mishti and Kunal. She doesn’t want Naman to succeed in his aim. Kuhu finds Mishti and Kunal fighting. Mishti learns that Kunal didn’t send her any gifts, it was Abir who has pleased her with the gifts. Mishti asks Kunal why didn’t he respect her feelings if she has having a pre marital courtship with him. She angrily scolds Kunal for always being ignorant. She wants to meet Abir and clear the matter. Kunal and Mishti find each other a bad match. Abir scolds Naman and asks inspector to arrest him.

Naman tells Abir that he had come to blackmail Rajshri for money, he didn’t wish to harm Meenakshi. He asks Abir to believe him. Mishti refuses to marry Kunal since Kunal doesn’t have any feelings for her, and doesn’t even trust her. She thinks the purpose of courtship got fulfilled since she has learnt this very well that Kunal isn’t suitable for her.