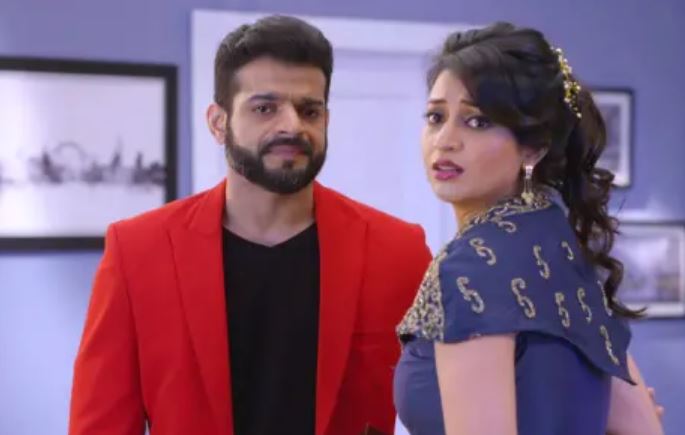 Yeh Hai Mohabbatein Spoilers Twists Neha tries to know about Aaliya and Yug’s marriage. Aaliya gets upset with Yug that he is hiding things from her. Aaliya doesn’t want him to keep secrets from her. Neha meets them and asks them if they didn’t get married. Aaliya tells her that she couldn’t marry Yug because of an emergency. Neha advises Yug and asks him not to hide things from his would be wife. Yug asks her to mind her own business and not interfere in his personal matters. He apologizes to Neha for being rude towards her. Meanwhile, Karan and Raman come up with a great plan to fool Shamshad agin. Karan tries to win Shamshad’s trust. Shamshad gets angry on seeing Karan back. Karan apologizes for his mistakes. He tells Shamshad that he wants his help.

He begs Shamshad for help in Ishita’s case. He is ready to become Shamshad’s servant to get Ishita home. He fools Shamshad by running on his orders. He tries hard and finally gets Shamshad’s phone. Shamshad scolds Karan for damaging his phone. He kicks out Karan. Karan informs Ishita that Shamshad won’t be in reach by the lawyer now. Ishita asks Raman to pose as Shamshad and speak to the lawyer to arrange Shaina’s bail. Raman doesn’t want the lawyer to see Shaina personally, else the lawyer will identify her.

Raman calls Sahil’s lawyer and tricks him as Shamshad. He asks the lawyer to arrange bail for Shaina, as this is Sahil’s plan. He threatens the lawyer and convinces him. Raman and Ishita take the big risk. Aaliya stays upset with Yug. She asks Yug to share things with her so that their trust gets stronger. Yug gets threatened by a mysterious person, who texts him to ruin his mental peace. Yug wants to know who is watching him all the while. Raman’s plan succeeds when Sahil’s lawyer meets the commissioner and bails out Shaina. Raman thanks the commissioner for his cooperation. Ishita gets out on bail by adapting Shaina’s identity.

She starts executing her plan and wants to collect evidence against Sahil. Commissioner wishes them all the best for their big plans. Raman and Ishita meet their family and reveal their plans. The family worries knowing Ishita is putting herself in danger. Mani gets a lady Hetal from Shagun’s NGO who turns helpful for the Bhallas. Mani asks Bhallas to hire Hetal as the caretaker and domestic help. Ishita finds Hetal a good knowledgeable person. She gets convinced about Hetal’s background, since Shagun has verified her as trustworthy person.

Karan meets Yug and learns about his problem. Yug tells Karan that Aaliya is much angry on him. Karan tells him that maybe he can help him. Yug tells Karan about the person blackmailing him by texts. Karan wants to know who is the mysterious person. Bhallas receive a shocker when Neha accuses Yug with a huge blame. Aaliya asks Yug to tell them that Neha is lying. Yug tells Aaliya that he doesn’t know Neha. Neha lies to them that she loves Yug and can’t see him marrying Aaliya. She tells the family that she has come to work for Bhallas just for Yug’s sake.

Neha lies that Yug is her husband. Yug can’t believe this. He reprimands Neha and asks her if she is taking revenge for his rude behavior. The family doesn’t believe Neha and ask her to get out of the house. Aaliya gets doubtful about Yug. Neha challenges Yug and tells him that she can prove their marriage. The family gets shattered when Neha proves her accusation. Aaliya’s belief gets tested. Aaliya tells Neha that she will only believe Yug, who madly loves only her. Neha asks Bhallas to do justice with her. What will Ishita do after seeing the evidences against Yug? Keep reading.