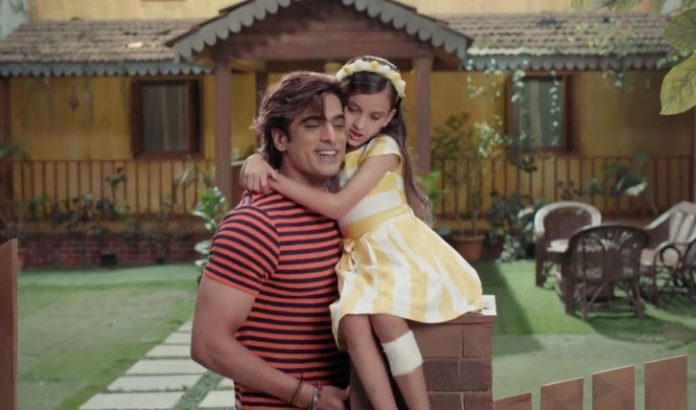 Peak Drama Star Plus Kasauti Zindagii Kay: Anurag and Prerna together bear the tortures of Ronit. They finally make their way and run away from the evil clutches. They reach the jungle and have a romantic moment. Anurag has many plans to confess love and marry Prerna. He has finally saved Prerna from Ronit and the goons. Anurag and Prerna faced much troubled because of Komolika and her crazy family. They wish to celebrate their togetherness by marrying and settling down for their betterment. Anurag confesses love to her. Prerna accepts his proposal. He gets in contact with the cops and seeks help. They get hopeful to meet their families soon. Prerna’s pregnancy news gets known to the family.

Yeh Rishte Hai Pyar Ke: Abir meets Mishti at the Dhaba. He doesn’t want to break his friendship with her, despite whatever happened with Kunal. Mishti agrees to accompany Abir on the NGO project trip. She is annoyed with Abir since he lied to her. Abir teases her and tries to make things normal. When she doesn’t talk to him, he gets away from the Dhaba. Mishti worries that bus will be leaving in few minutes. She searches for Abir. She doesn’t want to get alone on the trip. Abir gets an urgent call and misses to catch the bus. Mishti awaits Abir. Abir has madly fallen in love with Mishti.

Kulfi Kumar Baajewala: Bhola signs a singing contract and earns money. Its the first time that he has earned money for the family. He gets many gifts for the family. He surprises Nandini. He tells Nandini’s mum that he has bought the food for them as well, he has earned the living and fulfilled her condition. He feeds the food to Nandini by his hands, which makes her too emotional. Bhola fills the place of Nandini’s husband and Pakhi’s father.

Nandini wishes that Bhola always stays with them. On the other hand, Kulfi learns that her father Sikandar is safe and away from the house. She gets excited knowing Bhola is Sikandar. She wants to meet him. Rocket asks Kulfi not to show her excitement to anyone, it will be dangerous for Bhola, Chandan may know their plan and try to harm Bhola. Kulfi agrees to Rocket’s plan and wants to expose Chandan first. Kulfi dreams of meeting Bhola/Sikandar and uniting with him. She wishes to get Sikandar home. Keep reading to know more on Peak Drama Star Plus hits.