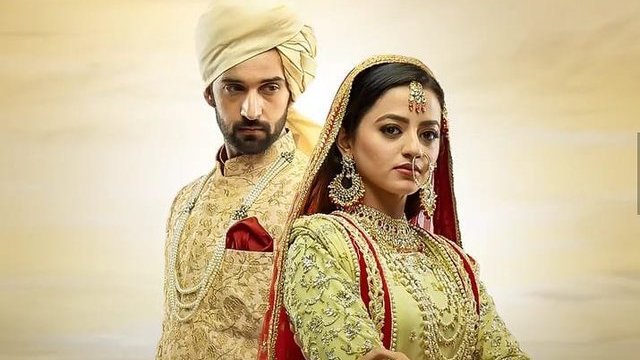 Star Bharat Sufiyana Pyaar Mera Kainat makes plans to separate Saltanat and Zaroon. She is obsessed with Zaroon. She expresses her feelings to the gift given by Zaroon. She doesn’t want to marry Hamza. She is sure that she will marry Zaroon in the last moment. She tries to strike a deal with Mamoon so that she can hand over the heirship to Zaroon if Zaroon marries her.

Mamoon is ready to do anything to get the heirship for his son. He accepts Kainat’s deal. He agrees to get Kainat married to Zaroon. Kainat plans a shocker for both Zaroon and Saltanat. He wants Mamoon to convince Zaroon for the marriage. Mamoon gets hell bent to play any fair and unfair games to get his rights on the Sufi community and Dargah ownership. How will Zaroon fulfill his love for Saltanat? Keep reading.

Pyaar Ke Papad Alankar misleads Shivika that Omkar is responsible for Devki’s state. Shivika turns angry on Omkar. She thinks Devki was really in tension on seeing Omkar. She suspects him. Omkar is trying hard to win her heart and save her from all the family tensions. Omkar clears her misunderstanding and tells her that he suspects Alankar, who is ill-hearted man. Omkar and Shivika go to meet Devki. Shivika gets Devki and cries. She tells Devki about her marriage with Omkar happening in a stuck-out situation. Devki blesses Omkar, which ends Shivika’s doubts.

Devki gets recovering. Shivika wants to make Devki totally fine. She gets an idea to surprise Devki so that she recovers soon. She is happy with Devki’s progress. She knows Triloki will be angry on seeing her with Devki. She asks Brij to ask Triloki to get Devki’s favorite saree, which can please her and make her feel better. She wants Triloki and Devki’s bond to work for Devki’s recovery. Shivika and Omkar face Triloki’s wrath once again. Shivika wants to calm Triloki’s wrath and change his thinking.