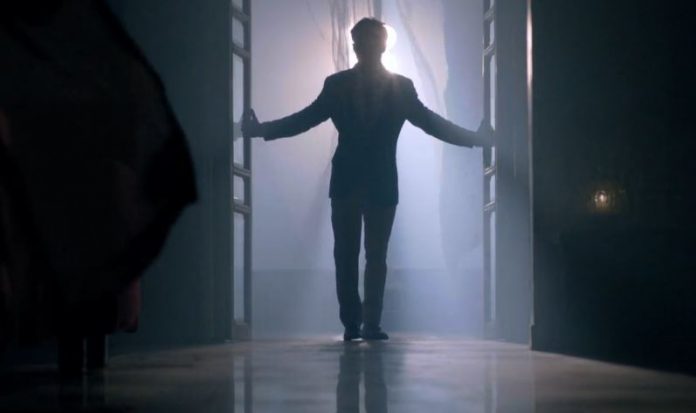 Star Plus Drama Galore Krishna Chali London Mohan crosses all the limits. He enters Krishna-Veer’s hospital with his gang. He makes all the patients his hostage. She also captures Sunaina, Shuklain and Gajanan. She wants to compel Krishna and Veer and take revenge on them. Krishna is worried for her family. Krishna gets help from Bela and others. She informs Veer about Mohan’s next big evil plan. Veer connects with the police and informs that he is also in the hospital, and trying to free the people.

Kasautii Zindagi Kay: Anurag shocks Mohini by his decision to marry Prerna once again, this time a social marriage to fulfill Prerna’s dreams. He promises Veena that he will keep Prerna happy. He announces his marriage. He also decided the engagement the other day. Prerna asks Moloy to become her dad and fulfill all the rituals from bride’s side. Moloy nods to her. Mohini gets angered thinking of Anurag’s words. She doesn’t want to accept Prerna for Anurag. Nivedita asks Mohini to be a part of the celebrations. Mohini tells her that she won’t let Anurag make the same mistake, Prerna isn’t made for him.

Nivedita asks her to realize that Prerna loves Anurag and he loves Prerna too. Mohini tags Prerna as a gold digger. Nivedita finds Prerna a perfect match for Anurag and a perfect Bahu. She decides to support Prerna. She tells Mohini that they should accept Prerna, at least for Anurag’s happiness.

On the other hand, Prerna’s family prepares for the engagement. They learn that Ronit got arrested. They inform Prerna and ask her to share this with Anurag. Prerna finds Anurag worried and asks the reason. He doesn’t tell about Mr. Bajaj targeting their company. He tells her that their hearts are connected and she knows it well. She tells him that Ronit is arrested. They get glad and have a sweet moment of peace. They have filmi romance moments. He tells Prerna that he will miss her at the office. He goes to office and asks manager if he has found about Mr. Bajaj. Manager tells him that the photo isn’t received yet.

Anurag wants to know who is Mr. Bajaj, and what are his motives, where is he hiding and why. Anurag talks of Mr. Bajaj, while the latter is seen. Mohini prays that Prerna leaves Anurag and gets a richer man. She thinks Prerna wants money and she should better leave from Anurag’s life. Anurag goes home to spend time with Prerna, when manager gets the news about Mr. Bajaj. Anurag doesn’t pay heed and rushes out. Elsewhere, Nivedita and Anupam also have sweet moments. Anurag and Prerna make their love vows once again. Mr. Bajaj strikes Basu publications to take over.

Yeh Rishta Kya Kehlata Hai:
Naira falls in another trouble. She teaches yoga at the beach side. Some goons come to ask her for the illegal money. Naira asks them to leave. The goons threaten to kidnap her son. She loses her cool. She fights the goons at the beach.

Aarav enjoys Naira’s brave fight and applauds her. Naira takes care of him. She gets upset and wants to protect him from all sorrows. She imagines Kartik and gets happy. When he disappears, she gets missing him. She thinks of calling him. Naira calls Kartik and hears his voice once. She feels lonely and keeps herself away from him, after recalling his suspicion and confrontation. She loves him a lot, but didn’t forget the reason which separated them.

She is living far from him because of his one big mistake of suspecting her. She is much upset with him, but doesn’t lessen her love. Kartik reaches Naira’s dance academy to celebrate her birthday. Vedika surprises Kartik by putting special efforts. Naira plans Aarav’s birthday and celebrates with him. It happens to fall on the same day as Kartik’s birthday. Naira and Kartik miss each other in their special moments.