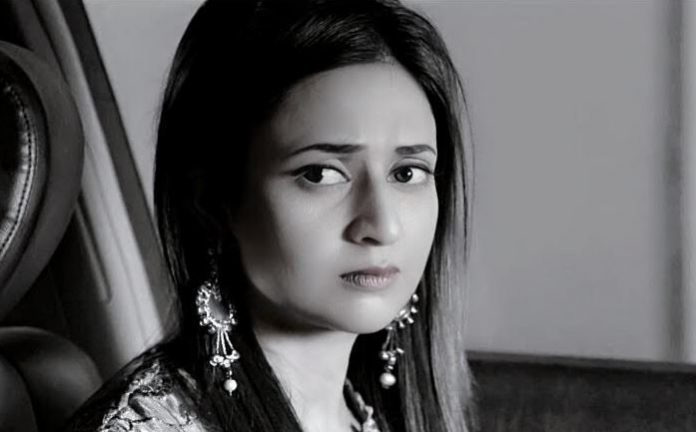 Read Yeh Hai Mohabbatein Viral Twists Ishita plays a clever move and wants Shamshad and Manish to admit that she is Ishita, not Shaina. Shamshad stops Manish from telling the truth that would fail Sahil’s plans. Karan also wishes that Ishita’s innocence gets proved. He wants Ishita to provoke Shamshad even more. Ruhi gets worried for their safety. She calls the commissioner and asks him to reach the location to save Raman, Karan and Ishita. Aaliya finds Ruhi very tensed and ask if everyone is fine. Ruhi doesn’t reveal the tensions to her. Aaliya tells her that they should just pray for them. Hetal tells them that she has lit the lamp and prayed for the family’s safety and happiness. Ruhi and Aaliya get impressed with Hetal, who is doing a lot for them. They wish to help Hetal some way.

Ishita still carries off the drama of Shaina and humiliates Shamshad and Manish. She lectures them a lot so that they get angry and speak up the truth. She makes the drug dealer check the drugs, since she has no faith in them. The drug dealer comes in her words and checks the drugs. This angers Shamshad a lot. Shamshad asks the dealer why is he losing faith, if he has checked it already. He asks the dealer to get away with the drugs before police comes. Shamshad tells Manish that they should also leave now, they will get money from Ishita later. Ishita doesn’t let them go. Neha argues with Aaliya once again and creates a big scene in the household.

Neha wants her rights on Yug and asks Aaliya to back off. Aaliya doesn’t let Neha get close to Yug. Simmi takes Neha in confidence. She shouts on Aaliya and fakes anger, which surprises Ruhi. Simmi tries to explain her plan to Ruhi and Aaliya. Karan plans to stop Shamshad and starts venting out anger on the drug dealer. He tells that Ishita is fake boss. Shamshad asks Karan to stop it and not tell anything. Karan wishes Shamshad speaks the truth. Police reaches there to nab Shamshad and Manish. Shamshad threatens Raman and Ishita.

He doesn’t admit that Ishita is not Shaina. Commissioner tells Raman and Ishita that their plan failed, despite the provocation, Shamshad didn’t tell anything to prove Ishita’s identity. He doesn’t get any proof against Sahil. Ishita tells him that she wants Sahil to stay behind bars, since he is very dangerous. He tells her that he has to arrest her since Sahil has provided evidences against her. He tells how helpless he is in this case, even when he knows her identity, but he has to follow the protocols.

Ishita goes home and spends time with the family. She gets stressed and recalls her journey in Bhalla family with Raman. She doesn’t know if police made Shamshad confess the crimes. Hetal tells Ishita that she has woke up early. Ishita gets a strange note from a well wisher. She thinks who knows her problems and wants to help her. Ishita gets in contact with an old woman and agrees to meet her to expose Sahil’s truth. Keep reading for more Yeh Hai Mohabbatein Viral Twists.