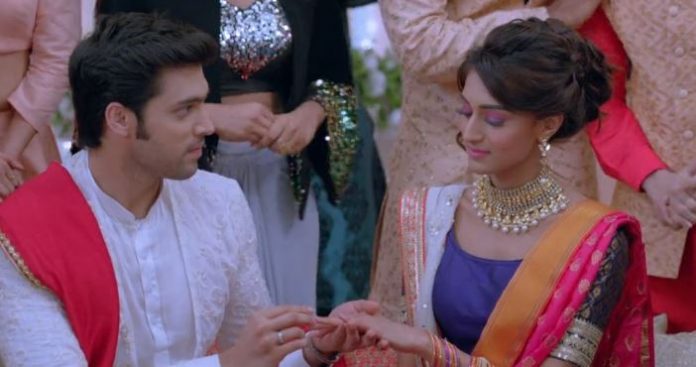 Kasautii Mysterious Bajaj Shady entry Nivedita turns good towards Prerna. She asks Prerna to be prepared to visit the temple and fulfill the rituals, which are important before the engagement. Prerna looks upset to her. Nivedita asks her what’s the problem, she can share her problems as her friend. Prerna tells her that she regards her as an elder sister. This pleases Nivedita. Anurag and Prerna have a moment in the darkness, when a power outage happens. He asks her if she is still scared. She tells him that she isn’t scared as he is with her. He asks her how much she missed him. She tells him that she didn’t miss him. He asks her if she intends to break up with him, that he isn’t important in her life now. He pulls her leg and asks her intentions.

She tells him that she has become a lover because she fell in love with him. She tells how much she loves him. She is happy with him. He hugs her and tells her that he will always be with her, and no one can separate them, their love will always remain the same, They see the stormy winds and shut the windows. He tells her that no storm can ruin their peace, they will always be together. They make vows towards each other. Aryan meets Shivani after a long time.

He proposes her for marriage. Shivani gets delighted and wants to accept his proposal. On the other hand, Anurag gathers information that Mr. Bajaj is arriving in Kolkata. He asks the manager to find more details about him. He wants to meet Mr. Bajaj. Prerna meets Sneha at the temple and thanks her for giving hints to her family about the kidnapping. Nivedita tells Tapur that Sneha has told them about Prerna’s kidnapping.

Prerna showers love on Sneha and prays with her. Sneha hugs Prerna. She bonds with Prerna. Anurag tells the manager that the shares got sold at a high rate. The manager tells him that Mr. Bajaj has made this shell company to buy their shares from their investors. Anurag asks manager to confirm this thing so that he can confront Mr. Bajaj’s intentions. Prerna doesn’t want anyone to snatch their happiness. Anurag and Prerna get engaged, while Mr. Bajaj enters their lives with shady intentions.