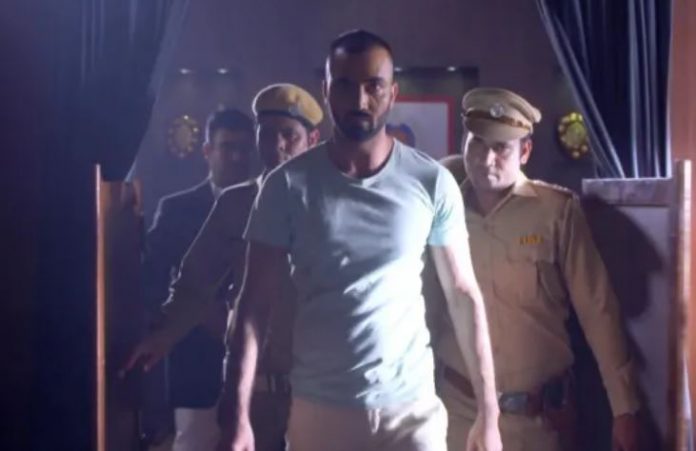 Mohabbatein Shocking Upcoming Ishita gets a clean chit when Manish gives the statement in her favor. Mani informs Simmi that Ishita will be coming home soon once Manish proves her innocent. Simmi doesn’t want Mrs. Bhalla to take tensions. She tells Yug that Neha is creating much drama at home. She wants Yug to stay away from the family for a while. Ishita asks Manish to say the truth that Sahil is behind all the crimes, he is their boss. Manish lies to the police. He doesn’t want to testify against Sahil. Ishita asks him not to be scared of Sahil. Manish takes a big step and takes all the blames on himself. He proves Sahil innocent as well. Ishita gets the bail and free from the charges. She gets free of Shaina’s identity. Manish takes the blames on himself.

Sahil gets the bail with ease because of Manish. Padma asks Manish why did he do this and put himself in trouble. Manish tells her that he has done the right thing and helped Ishita, but he can’t go against Sahil. Padma feels sorry that Manish has ruined his life. She regrets to help Ishita. Commissioner tells Ishita that she is free from Sahil’s accusations now. Ishita doesn’t want Sahil to get free. He asks her to get proof against Sahil if possible so that they can get Sahil behind bars again. Hetal takes care of Bhallas.

Ishita reaches home with Raman. She gives the good news that she is free of all the accusations now. Everyone celebrates their happiness. Commissioner tries to convince Manish and change his statement. Manish doesn’t want to cheat Sahil, who can kill his family. Commissioner promises to give his protection. Manish doesn’t think Sahil will spare his enemies. He decides to support Sahil. Raman and Ishita are happy to get freedom after a long time. Ruhi doubts that they are pretending happy but hiding some new tension. Commissioner leaves Sahil with a warning. Sahil asks Commissioner to stop dreaming of his arrest. He gets free from the jail. He gets more revengeful after the defeat by Bhallas.

Raman and Ishita discuss with the family and want to know who is helping them against Sahil. They want to solve this new mystery, which can be proved bad for them later on. Commissioner warns Raman and Ishita to be alert since Sahil is released. Raman doesn’t want to live in fear. He tells Ishita that nothing will change if Sahil is free. Ishita is sure that things will get better with time. Ishita gets a clue that Hetal has sent her the note. She goes to confront Hetal about the note. She asks how does she know Sahil. Hetal admits the shocking truth that she is Sahil’s wife Shaina. Raman believes Hetal has helped them and she can’t be a bad person.

Ishita and Raman want to ask Sahil about her. Hetal asks her not to call up Sahil, who tortures her a lot. Sahil gets in form and instructs his goons to do their work properly. He wants to tackle Bhallas once again. He wants to know who is helping Raman and Ishita. He asks the men to spy on Bhallas. Sahil doesn’t know how Manish gave the statement and supported Ishita. He is happy that Manish saved him too. He wants to know who is informing Raman and Ishita about his plans. He doesn’t want to spare the culprit.

Ishita doesn’t want to believe Hetal’s stories and gets angry on her. She tells Hetal that she will support her if this is Sahil’s new plan. Hetal tells them that its the truth that Sahil is her husband, she is Shaina, who got trapped by Sahil. She tells them that she came here by coincidence when she went to seek help from NGO, she wants to help them by exposing Sahil’s crimes. Ishita doesn’t know if she can trust her. Keep reading for more on Mohabbatein Shocking Upcoming twists.