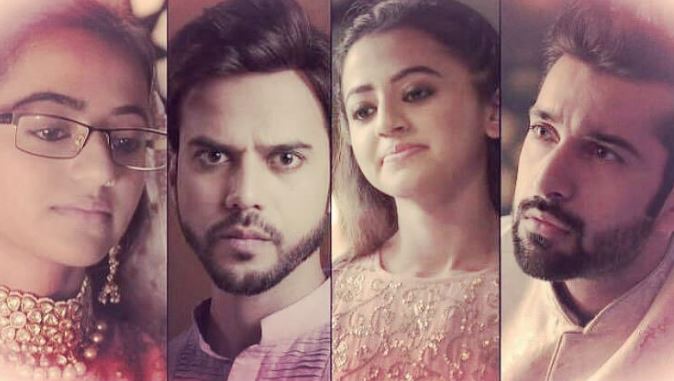 Sufiyana Pyaar Mera Huge drama strikes the family when Kainat and Hamza’s marriage ceremony gets cancelled. A big truth gets revealed in front of the family. The people accuse Miyajaan for his justice and values. After the haldi ceremony, everyone learns a shocking fact that Zainab has fed milk to baby Hamza, when his mother died at the time of his birth. The Dargah men tell Miyajaan that this will mean that Hamza is like a brother for Kainat, since they have been fed milk by the same woman. Bua makes this big revelation and stops the marriage.

Miyajaan faces the bad accusations and tells them that he wasn’t aware of this fact. Zaroon and Saltanat support Miyajaan, and fear for his health. Saltanat thinks its Kainat’s plan to stop the marriage with Hamza. She feels Kainat is lying again to reach her goals, that’s marrying Zaroon. The celebrations turn into a shocking drama. Miyajaan gets answerable to people. Kainat threatens of suicide when her marriage breaks. She compels the family to get her married to Zaroon. Kainat wants to emotionally blackmail Miyajaan so that he convinces Zaroon for the marriage. Zaroon has no idea that Kainat can get so clever and scheming to get her goals.

Ek Thi Rani Ek Tha Ravan: Rani finds the cement bag in the tempo and throws on the road to alert Raghav. Raghav follows the track in the car and thinks he will reach Rani. Rani hopes Raghav sees the track. Rivaaj takes Rani to a secluded place and sees the cement track which Rani made. Rani asks him to leave her. Rani says you will repent so much. Raghav finds her other earrings and searches Rani. Rivaaj accuses Rani of ruining his respect in exchange of his love. He makes her stand on the wood logs near the cliff.

Rivaaj asks her to bend down and apologize to him. Rani refuses to bend down in front of Rakshas like him. Raghav reaches her and asks her not to worry. All the family members reach there too. Rivaaj sees Rani about to fall and pulls her towards safety and he himself slips down in the valley shocking everyone. Raghav tries to pacify Premlatha. Rani tells that she never wanted this to happen. Inspector comes and informs Shivraj that Rivaaj’s body is not found. Shivraj and others get shocked. Inspector says there is no chance of survival, he might have flown in the river.