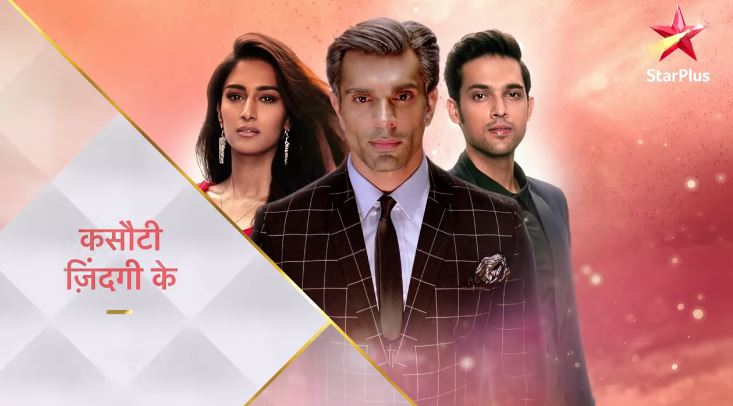 Watch Kasauti Promo Bajaj Anurag and Prerna enjoy the engagement function, while Mohini is upset with Anurag. Anupam and Nivedita’s sweet act surprises everyone. Anurag and Prerna revive their memories and have happy moments. Anurag proposes Prerna for marriage in a sweet way. Anurag enjoys the act. Prerna tells him that she likes the act a lot. He tells her that he can do anything for her happiness. He expresses his love for Prerna. He asks her if she will marry him. She happily agrees to his proposal. Mohini rages watching them. Mr. Bajaj makes an entry in front of the media. Anurag and Prerna get engaged and then have a round of couple dance.

Anurag and Prerna have a romantic dance. He feels he can’t live without Prerna now. Nivedita asks Mohini to gift the ancestral necklace to Prerna. Mohini refuses to her. Nivedita asks her to see Anurag’s smile and agree to his wish. Moloy also wants Mohini to give the necklace. Mohini wants to talk to Veena once. Anurag’s manager tells him that Bajaj has ruined all the evidences, he has got his photo from the detective. He gives a breaking news that their cheques have bounced and the bank accounts got sealed. Anurag doesn’t know what’s happening. He gets panicking. He wants to know why is Bajaj targeting them.

Mohini shows the necklaces to Veena. She introduces Veena to the guests. She wants to select a necklace for Prerna. Anurag and Prerna will be facing Mr. Bajaj. A man curses Bajaj for ruining his business. Bajaj tells him that he gets what he wants at any cost. Anurag is worried and thinks what will he do to pay the clients and run his business. He knows that Basu publications won’t sustain this way.

Bajaj shows his bold and confident style. He proves that he makes a way to get what he wants in his life. Mr. Bajaj believes to set the targets on his own, be it game or business. He reveals the new company logo in a brave style, and makes the impossible thing possible. He is fearless and wants the world to bow down to him. He steps into Anurag and Prerna’s life, and brings a storm.