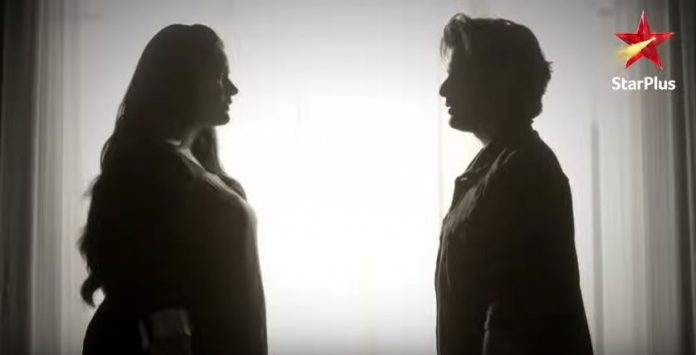 Star News Bytes Highlights 16th June 2019 There is a big drama with Sabina’s entry. Zaroon wanted Kainat to get married to Hamza, so that Saltanat confesses her feelings for him. He was awaiting Kainat to go away from their lives. Sabina stops the marriage by proving evidence of their kinship. She raises a question on Miyajaan’s careless decisions and behavior. The people get a chance to doubt on Miyajaan’s principles and want him to stop punishing others by boasting his ethics. They want Miyajaan to decide his punishment as well for letting such sin happen, which will be a huge disgrace for their Sufi community.

Miyajaan calls off the marriage, and makes Kainat succeed in her plans. He doesn’t know that Kainat has plotted the fake evidences with Sabina so that the marriage stops. He pities Kainat, when she curses her fate which doesn’t have anyone’s love. Kainat projects herself as a sympathetic lost character, to gain Zaroon’s love. Zaroon feels sorry for Kainat, since even he has rejected her alliance before. Kainat threatens of committing suicide, owing to the humiliation the family has faced because of her. Zaroon and Saltanat take a step to protect Kainat, unaware of her huge plans against their love.

Muskaan: Ronak and Muskaan make a big plan to find the secret that could ruin Sir ji forever. They manage to enter the room, but don’t find anything at first. Muskaan attempts once again and gathers clues. Muskaan gets attacked by some woman, appearing weird. She shouts to Ronak to seek his help and alert him. Ronak wants to know who has attacked Muskaan. He gets unstoppable and runs to his lady love, only to find her unconscious. Ronak uncovers the strange woman, which further grows his doubts. He wants to know who is she, and why is she caged in the secret room since the last 25 years.

Ek Thi Rani Ek Tha Ravan: Rivaaj is acting to be blind. Rani doubts on Rivaaj’s drama. Rani and Raghav make a plan to test Rivaaj. They add something in the food to know if Rivaaj has seen their move. Rivaaj doubts if they added poison in it. He eats the food to fool them. She doesn’t get convinced. Later, he vomits the food to save himself. He thinks she is trying to kill him. Rani and Raghav have a romantic moment. Rivaaj disturbs them. He tells them that he didn’t know its their room and entered there. Rivaaj is very much cunning. Rani doesn’t trust him. Rivaaj turns kind and soft-spoken. He acts sweet to trick everyone. He is making big plans by his new drama.

Kulfi Kumar Bajewala: Lovely got to know the entire truth of Sikandar and Chandan’s swapping. Chandan sends his goon to kill Sikandar as soon as possible. He doesn’t want Sikandar to come home. Lovely thinks if Chandan is living with them, where is real Sikandar. She gets worried. She is shaken up by the possibility of Sikandar’s death. She doesn’t want her fears to turn true. She is strong enough to deal with Chandan, but is scared for Amyra’s safety. She doesn’t want to leave her daughter with a stranger, that too a criminal. Lovely wants to join hands with Kulfi who is already aware of the truth. Chandan’s goon shoots at Bhola to kill him. Kulfi reaches Pakhi’s house on time to save Bhola. Sikandar may recover his memory with another shocking incident in his life. 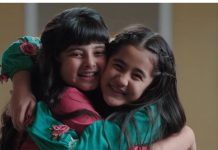 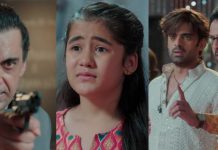