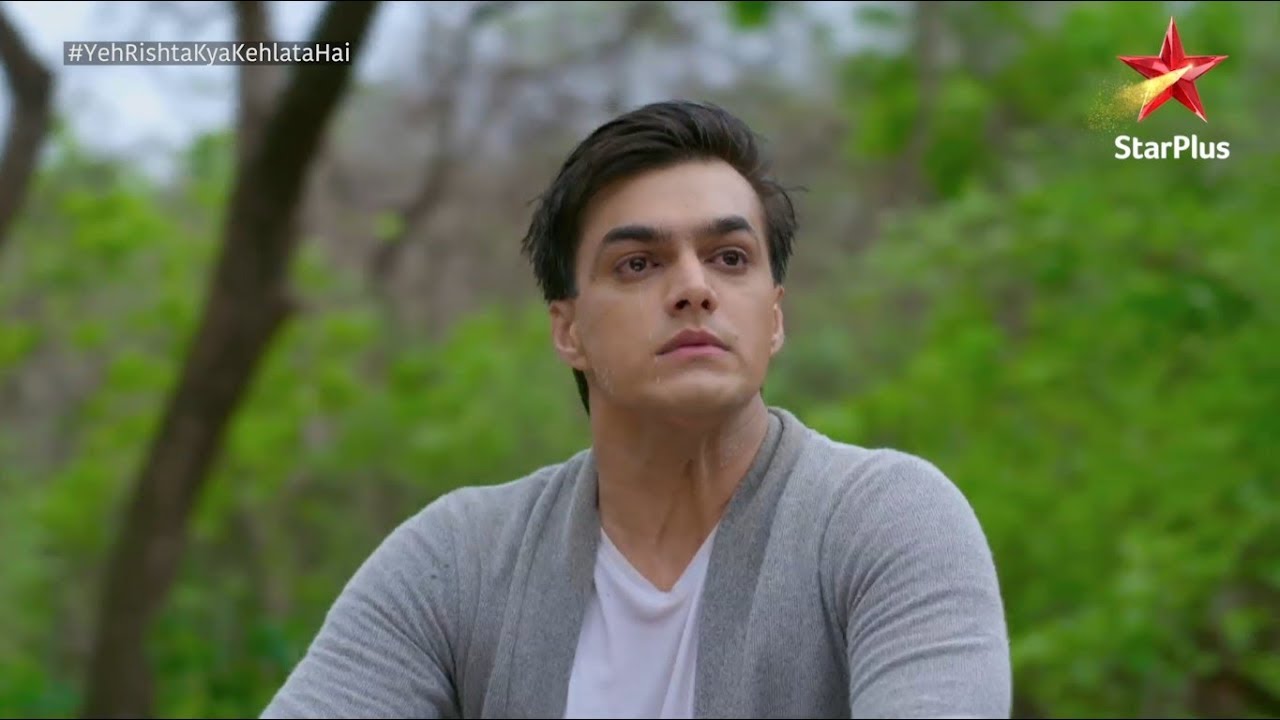 Yeh Rishta Kya Kehlata Hai 17th June 2019 Kartik misses Naira deeply. He wants to find some peace and stability in his life. He has lost everything since Naira went far from him. He goes to the blast site and feels like reaching the final place where he last felt Naira’s presence. On the other hand, Kairav sees a film shooting going on in the park. He gets mistaken when he spots a man acting as an angel who would unite the long lost relatives. Kairav wants to note down his number. He misses to see the angel again. Kartik risks his life while driving madly to reach Naira. He loses interest in his life. Kartik shouts out Naira’s name and cries. Kaira wants to get a phone so that he calls the angel so that he knows about his dad.

Kartik feels guilty that he is responsible for Naira’s death. He feels restless and decides to commit suicide. He wants to jump down the cliff and punish himself. He races the cycle towards the cliff end. He wants to go to the heaven and meet Naira. Kairav tries to recall the number he had seen on the angel’s board. He dials the wrong number and connects to Kartik. Kartik stops while reaching the end of the cliff. He doesn’t fall down because of Kairav’s call.

He answers the call and gets too shocked when Kairav calls him Papa. Kairav asks him why isn’t he with them right now. He tells how difficult it was to get his number from the angel. Kartik sees a blast happening and thinks the little boy has saved his life, and came as an angel in his life. Kartik doesn’t know what to answer the little boy. He feels sad and recalls losing his child before. He clears Kairav’s misunderstanding. Kairav tells him that he is right as angel can’t connect him to anyone else, he is really her dad. Kartik gets surprised hearing his innocent talk and smiles.

Kairav wants Naira to talk to Kartik. Kartik doesn’t know who is the little boy. He wants to disconnect the call. He wants to give happiness to Kairav and holds on. Kairav runs to Naira and asks her to come fast and talk to his dad. She tells him that no one like that can be his dad, who has gone for an important work. She tries to convince him. Kairav misses to make Naira and Kartik talk on the call. Naira misses Kartik. She faces a trouble when the landlords ask her to leave the house if she wants to get into a problem. They ask her not to provoke the goons who can manage a damage to their property.

Kartik doesn’t want Kairav’s heart to break. He returns home while thinking of Kairav’s words. He wants to call back and talk to him. The family is relieved that Kartik returned home safely. Naira decides to leave the house instead of living in fear. She tells Lisa that actually her fate is bad, that such unfortunate things happen with her. She doesn’t share her past with Lisa. Kairav calls Kartik again and asks him to come to them since Naira needs him. Kartik doesn’t know who is his mother and encourages him.

He asks Kairav to give his motivational message to his mother. Kairav and Kartik’s bonding gets better with their phone calls. Kartik wishes to meet Kairav on his invitation to his place. Naira deals with her problems and assures the landlord that she won’t let the goons trouble them. Naira doesn’t lose ever in life, no matter how big the problems are. Naira has always made Kartik proud. Kairav wants to arrange a meet for Kartik and Naira.