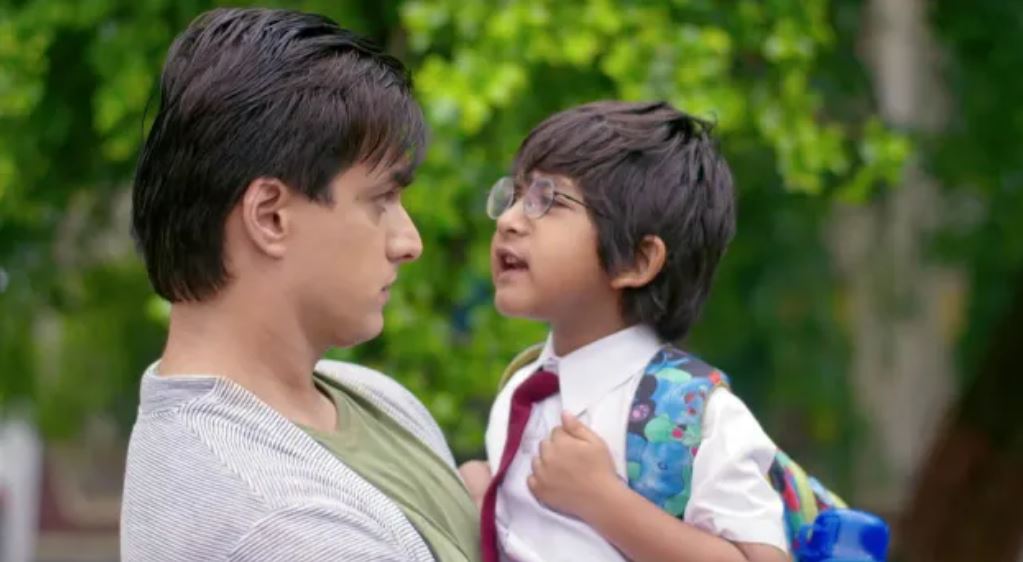 Yeh Rishta Today Naira gets finding Kairav. Kartik reaches Goa and rushes to the Carnival event place to find Kairav. He hasn’t seen Kairav until now and doesn’t even know his name. He thinks how will he find the boy who assumes him to be his father. Kartik wishes that some miracle happens that the boy comes in front of him. Kairav gets the signs of the SDM as told by Naira and realizes that the special day has finally arrived in his life. He gets delighted to meet Kartik. Kartik tries to find him. He checks the pictures sent by Kairav. Kairav shouts happily that his dad has come. Naira gets the police to the Carnival and looks for Kairav.

Kartik sees Kairav in the school uniform. He goes towards Kairav. Kairav goes away from there and plays with the balloons. Kartik gets mistaken when he sees a couple loving Kairav. He thinks the couple is Kairav’s parents. He goes to find some other kid. Police doesn’t find Kairav there. Naira doesn’t want to go away and stays back to find her son. She senses Kartik and doesn’t see him because of the crowd. Kartik is close to Naira and doesn’t see her. Kairav waits for Kartik. He thinks where is Kartik and if he should call him again. Kartik doesn’t want Kairav to fall in any problem. Kartik sees another kid in a uniform. He thinks he is the kid who called him.

The kid calls him uncle and Kartik thinks he isn’t the right one. Kairav thinks how to charge the phone to call Kartik. Kartik fears that Kairav is in some problem. Naira shouts for Kairav. She fails to see him anywhere. Naira and Kartik hear the call from Church and rush there to pray. They both pray to meet Kairav once. Kairav thinks maybe his dad has come and didn’t find him. He wants to meet his dad at any cost. Kartik sees Kairav in trouble and runs to save him from the accident. Naira goes from the church. Kartik sees Kairav who gets dizzy. Kartik thinks Kairav is the kid who has called him to Goa.

Kairav sees the rainbows and calls Kartik as his dad. This brings a happy moment for both of them. Naira is worried that she didn’t find her son. Kairav tells Kartik that he has already got the signs of his coming. Naira still continues her search. Kairav asks Kartik what was his business, why was he away from them and why didn’t he come home. Kartik gets delighted to hear him and cries. Kairav wipes his tears. Naira gets the same signs of special day meet of Kartik and Kairav. She can’t believe when she sees the sky pink and two rainbows in the sky. She sees the footsteps of Kairav and Kartik. She thinks how can this happen, is she imagining this.

Kartik asks Kairav how many questions will he ask. Kairav tells him that they didn’t meet before, so he has many things to ask him. Kartik gets too emotional on getting true love and respect from Kairav. He hugs Kairav and tells him that they should go home now. Naira thinks Kartik can never meet Kairav and maybe she is overthinking in tension. Dadi and Vedika reach Goa and check in a hotel. Dadi gets Manish’s call. She asks Manish not to have tensions. Manish informs her that Kartik left the meeting and went to Goa. Dadi is happy and thinks Kartik has gone for Vedika. She tells Vedika that Kartik has come to Goa for her sake.

Vedika gets too happy seeing Kartik’s interest. Suwarna knows that Kartik is least interested in Vedika. She is aware of Kartik and Kairav’s phone conversations. She wonders if Kartik has gone to Goa on Kairav’s invitation. Dadi asks Vedika to stay happy. Suwarna calls Kartik to know about him. Kartik is busy with Kairav and doesn’t answer the call. Kartik and Kairav head to home and play on the way. Kairav wants to take him to the school. Kartik tells him that school will be closed now, they should go home first. He asks about the house address.

He asks Kairav to call her mum and ask her to cook food for them. Kairav wants to surprise Naira. He asks Kartik not to inform Naira. He tells Kartik how much Naira misses him and cries. Kartik realizes that Kairav loves his mum a lot. He takes clues from Kairav and try to find the house. Kartik thinks Kairav is smart, but not so lucky as his family isn’t complete. Kartik takes Kairav home and misses to see Naira’s picture.